The naked cloud: elasticsearch is stretch but doesn’t cover security 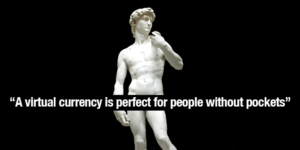 Similar to the previous post, there are a lot of infrastructural components that support today’s modern fancy application stacks. One of them, Elasticsearch, is the example used in this post. Its a simple schema-less database that allows you to scale in and out, drop stuff in, and query later. Add a blob and some keys and away you go, unpestered by things like security or scale or failure modes.

So the cognitive gap here is “its a private IP, why should I need access control, firewall, passwords?” Well, cuz ‘floating IP’. You see, an IP is not in and of itself a trustworthy indication of who someone is or where they come from. You see, in this case, they are running Elasticsearch on Kubernetes. Kubernetes has assigned private IP’s internally, but an Ingress controller (a load balancer of some sort) has a public IP and reaches the internals from it.

Does it allow querying?

yes. Which means it allows querying all 36GB of its information. You could even join the cluster if you wanted.

So it seems that not only is our top-level naked (from the earlier post), but our middleware is naked too. It seems the cloud is a sort of nudist resort.

And, funny story, you see, I was going to find a picture to spice this article up. But all the ‘naked elastic middle’ image searches are a bit off-colour. But then I found that there is a Naturist (Nudist) park in Ontario that accepts Bitcoin. So thus the image above.