Another day another piece of infrastructure cowardly craps out. Today it was Google GKE. It updated itself to 1.11.3-gke.18, and then had this to say (while nothing was working, all pods were stuck in Creating, and the Nodes would not come online since the CNI failed).

Um, ok. Yes I am running 'Project Calico' in my GKE. The intent was to have network policy available. My cluster dates from 'ancient times' of april 2018.

I did some searching online, and found nothing. So in desperation I did what most of you would have done, just created the CRD, as below. And, miracle of miracles, I'm back and running. If this fixes you, you're welcome. If you came here to tell me what dire thing is ahead of me for manually messing with a managed product, I'd love to know that too. 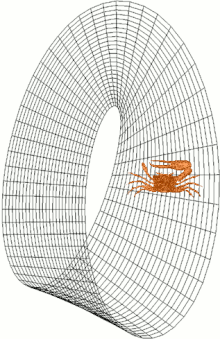 Tomorrow (Tues 27, 2018) we're going to have the next meetup to talk Continuous Integration. Got a burning desire to rant about the flakiness of an infinite number of shell scripts bundled into a container and shipped to a remote agent that is more or less busy at different hours?

Wondering if its better to use Travis, Circle, Gitlab, Jenkins, with a backend of OpenStack, Kubernetes, AWS, ...?

We've got 3 short prepared bits of material and a chance to snoop around the shiny new offices of SSIMWAVE.

So, in the Greater Waterloo area and got some time tomorrow night to talk tech? Check the link.

So I have this architecture where we have 2 separate Kubernetes clusters. The first cluster runs in GKE, the second on 'the beast of the basement' (and then there's a bunch in AKS but they are for different purposes). I run Gitlab-runner on these 2 Kubernetes clusters. But... trouble is brewing.

You see, runners are not sticky. And, you have multiple stages that might need to share info. There are 2 methods built-in to gitlab-runner to use, 1 is the 'cache' and 1 is 'artifacts'. The general workflow is 'build... test... save... deploy...'. But 'test' has multiple parallel phases (SAST, Unit, DAST, System, Sanitisers, ...).

But a problem creeps in if 'build' runs on a different cluster than 'linux_asan'. Currently I use the 'cache' (courtesy of minio) to save the build data to bootstrap the other phases. For this particular pipeline, if the cache is empty, each of the test phases works, at reduced efficiency.

However, I have other pipelines where the 'build' stage creates a docker image. In this case, the cache holds 'docker save' and the pre- script runs 'docker load' (using DinD). When the subsequent stages run on a different cluster, they actually fail instead.

The problem is the basement-machine has 1Gbps downstream, but only 50Mbps upstream. And some of these cache items are multi-GiB.

So one of the upstream projects I am working on has added some new tests. Should be a good thing, right?

OK, lets talk about how we run this. We are using Gitlab-CI with gitlab-runner with Kubernetes executor. This means that our jobs scale with our Kubernetes clusters. For the 'big' things, we have a big node (2 x 18C36T w/ 256GiB). That's right, 72 cores and 256GiB of non-oversubscribed system. You would think this be enough for the average codebase.

But then enters Bazel. The big fat java-based bully of the build playground. And it consumes... 46G of VIRT and 3G of PHYS just to manage things, and about 2 full time processors. But still we got space.

And then of course we parallel some of the stages. See in the image for what we allow to parallel. But, the linux_asan, linux_tsan, test are the big 3 (all running the same suite with different sanitizer flags).

OK. We are not getting OOM messages. So we are not out of memory. And a ton of graphing with vmstat and netdata prove that hypothesis. But that is the expected reason for a kill -9. Hmm.

If we look at top during one of the runs, we see the not-yet-too-common 't' size. That's right, two of the things have malloc'd 20TiB of memory. Hmm.

We dig a bit further and find that 'KSM' is doing really well. This is 'Kernel Samepage Merging', see the below. This means we are getting 60% more ram for free!

Digging some more, we find the (likely) smoking gun. Looking @ kubectl top pods, we find that the 3 tests are each using more memory (according to kube-metrics-server) than they actually are, and that when the sum of them exceeds the physical memory, one of them gets terminated by kubernetes.

So... kubernetes wants you to disable swap. its very opinionated on this subject (and we are not swapping here). But it seems to have miscalculated the 'vm.overcommit' and 'ksm' affects, thus being too pessimistic, and terminating what were otherwise happy pods.

We had another issue. Initially each pod (which is a container, which is to say, not virtualised, sees the host kernel etc) thought it had 72VCPU to play with, and went nuts in parallel. So all 5 pods running w/ 72VCPU caused some thrashing. We tamed them by capping them @ 24VCPU, ironically making it faster.

So... What is the solution? I end up with each of the parallel phases at some time thinking its using ~180GiB of ram (on a 256GiB machine). I can unparallel the stages, but that is unnecessarily pessimistic. It also means that if I grow the cluster the speed won't increase.

Likewise I can instruct gitlab runner to cap the number of jobs, but that is very wasteful and slow.

I can continue to dig into kubelet and try and figure out why it is confused.

Any suggestions from the peanut gallery?

So. I've been working on this tool 'fluent-bit'. You know the drill. Compile, curse, change, pull-request, repeat. And one of the features I added was to auto-watch its config file and restart on change. This is important in a Kubernetes environment since you supply config via a 'config map', and expect it to auto-apply. Great. Change made, unit test written, code sent.

But it doesn't work in 'the cloud'. Why? Well turns out there is a tiny caveat in Kubernetes.... ConfigMap subPaths don't update. Huh? And, the helm chart for fluent-bit guess what, it uses a subPath for its ConfigMap.

Now I've ranted, you have read, and you will save yourself the time and aggravation I had in tracking this down.