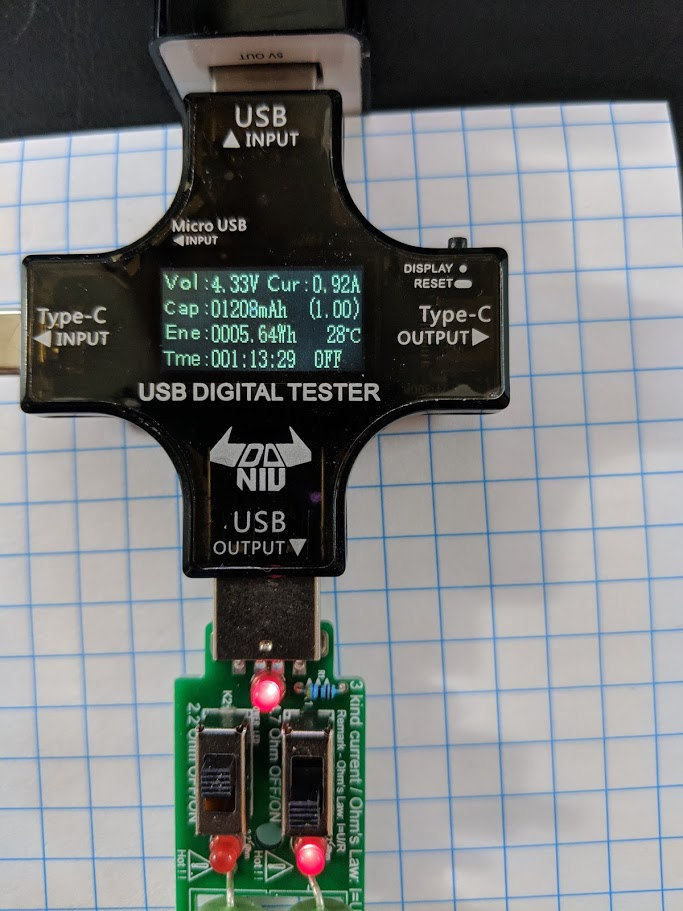 Are you tech enough for marketing?

At my previous gig i had some oversight of marketing. And the marketing folks often complained that there was an unfair level of technical depth needed. I would usually tell them “suck it up princess, get back to that vi + shell” or “the beatings will continue until morale improves”.

Well, one of those folks seems to have gone on to some pretty slick hackery. Check out his twitch stream. It seems to involve some rasperry pi, some sensors, and some real-time botanical growing.

Nice work. And the internet (which once only had coffee pots to watch, and then of course, briefly, jenni) now has another cam to watch. And now we can know the live humidity of your hydroponic farm, real-time. What a time to be alive!

Today’s adventure: the Chevy Bolt gets a double dashcam 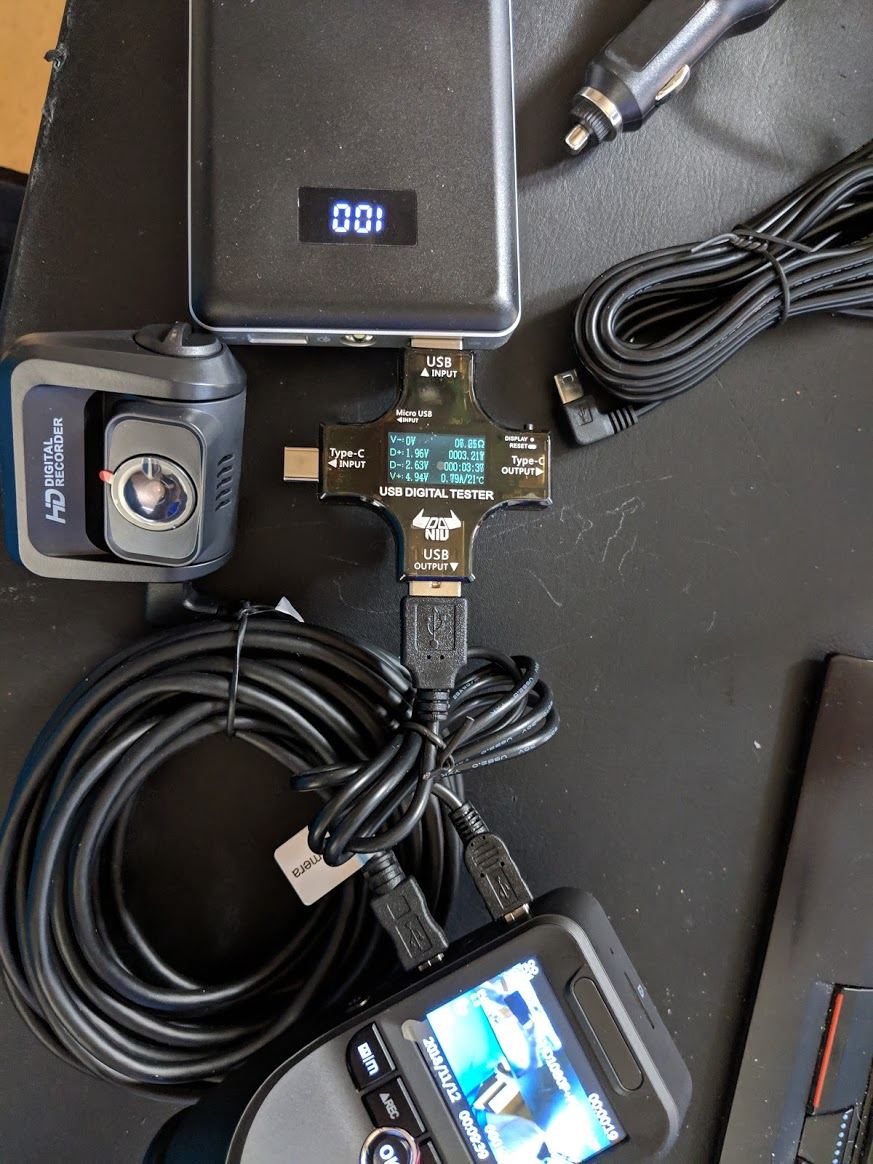 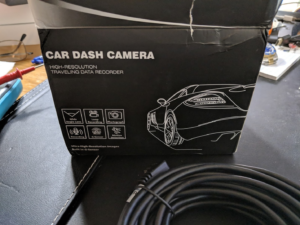 This turned out really well. You can’t see a single wire anywhere.

Ingredients. 1 generic ‘Car Dash Camera’. Its so generic there is not a model number anywhere on it or the packaging. Nothing. I got it from Aliexpress here. It was described as ”
WiFi Car DVRs Recorder Dash Cam Dual Lens Vehicle Rear Camera Built in GPS Camcorder 4K 2160P Night Vision Dashcam Novatek 96663″. The 4K is a bit of a hmm. It is a pair of 1080P cameras (front, rear). Not exactly 4K, but we’ll go w/ it. 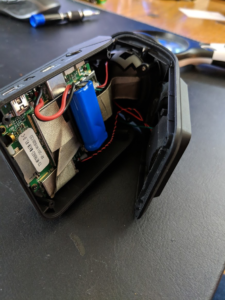 It uses a Sony IMX323 sensor, which is something you need to look for in ‘generic chinese cameras’. You can easily end up with a ‘gopro 4k like’ which sure, it records @ 4K, but the sensor is vaseline and waxed paper, the effective resolution is more like QCIF. But I digress. It has GPS (for speed) and WiFi (so you can install the worlds crappiest app to really do nothing with), and shock-sensor (to lock the recording if you bump). Interestingly it also has a super-capacitor in it for clean power down when you yank the power (and also for parking monitoring… if you are bumped while parked, it will take 60s of capture and snooze again).

Not content with 4G or 5G, they have gone with a 6G lens. Sounds great! 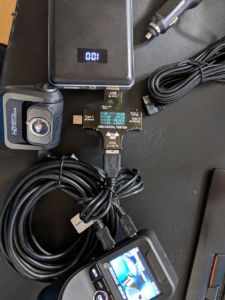 To find out what was inside, first we employed a screwdriver. The only label is T3-NT96663 (Novatek). I’ve attached the datasheet which comes from ip dashcamtalk.Novatek NT96655 Data Sheet

Now, I was wondering, do I wire it to be ‘always on’ or to be ‘Retained Accessory Power’ (e.g. switched). Lets look at the power draw. It seems like its 0.8A @ 5V, so ~4W. Now, you might think, well, the Bolt has a 60KWh battery, run it all the time, how can this matter. But, like all electric cars, there is a small 12V lead-acid battery lurking in there which is used to drive everything except the traction power. Still, that is ~80Ah @ 12V nominal, ~= 960Wh. So at perfect efficiency (hah! physics!) we’d have 240 hours to ‘full flat’, 10 days. Derate by probably 75% (don’t want to run a lead-acid down too far, some innefficiency), we’d be good for a few days. Hmm. I’ll revisit later and put it on a RAP circuit. 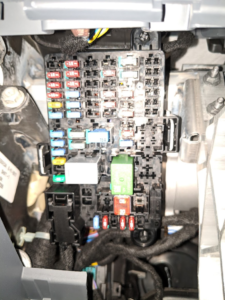 Wiring was simple. I considered wiring it into the overhead console power (onstar, dome lights), but instead drove it back to the fuse panel where there were quite a few blanks. I used an ‘add-a-circuit’ micro-fuse tap. I then put it into a small buck converter. The wiring was easy to run (up the kick-panel, up the A-pillar, across the roof) in the lip under the wind-seal. I then wired the rear-camera by wiring from front to rear along the wind-seal and headliner lip. You cannot see the wires at all. The pain bit was getting it through the rubber boots into the hatch-back assembly. For this I used a ‘fish stix’ to fish it. A few stickers, and we are good to go. You can see the fuse panel at the right, lots of empty space to be used (but the add-a-fuse can share an existing tap if needed).

Now on to the app. Oh dear. Rated 1.8 on the Play Store. This will be wonderful. Well, all I can say is, it kind of works if you are patient. ‘Roadcam’ is the name that eventually worked for me, there are a lot, and with such a generic device (no model name at all)…

The user manual… well… it gets the job done. I’m not sure the grammar is world-class, but the concepts come through.

Does it work? Lets see some video (from the rear cam firsts, then the front) for the maiden run:

My LED bulb saga: a chart to show the consumption

By db Posted on 2018-11-05 Posted in all No Comments Tagged with gadget, society

In 2017 I declared war on my incandescent bulbs. Lets take a look at the progress removing those incandescent and halogen bulbs has done. The ‘peak’ usage (~4700kWh) occurred in a month someone (who shall remain nameless) left the sauna on for several days, so lets ignore that. But, lets take a look later. The difference is stark. Yes it was a huge bag of bulbs, yes there were a lot of trips up and down ladders. Yes it was a decent amount of $$$ to spend. But the savings in electricity, in efficiency, is huge.

So, you still got an old yellow bulb? Maybe its a pot-light, a reading light, whatever? Get off your butt. Go order some ‘5000K-5600K’ colour LED bulbs (noontime sunlight). And feast in the savings and knowing you are doing the right thing.

ps. A lot of people think sunlight is yellow and thus that they should get ‘warm white’ or ‘yellow’ bulbs. Its incorrect. Sunlight is actually pure white (which is why you can take a prism and make a rainbow). The outline of the sun looks yellow because of stuff in the atmosphere, but the light itself is white. Don’t believe me? Check the web!

Radon is November month. Or something like that. Check early, check often

By db Posted on 2018-10-31 Posted in all No Comments Tagged with gadget, radon, society 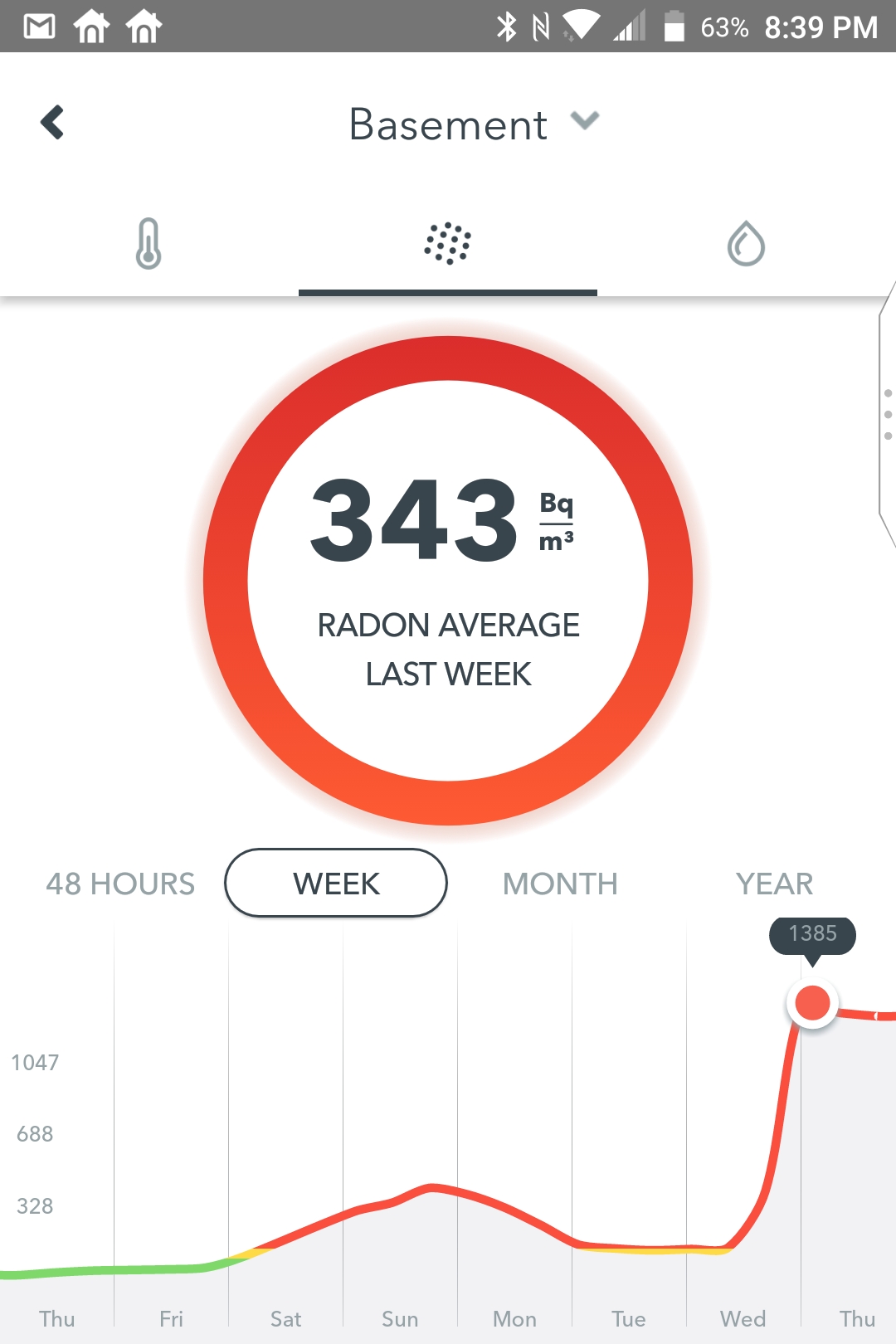 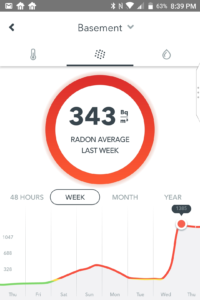 Its national radon month here in the great white north. They estimate 21, 100 Canadians will die of lung cancer this year, 3000 of those because of Radon. Have you gone and bought your Radon monitor yet?

You, yes you, need one if you have a basement or ground floor to your house. If you live in the clouds, ignore this PSA 🙂

Do you really want to be that person coughing up what’s left of their lungs in a few years? No? Get off your but and click the link, go to best buy, whatever.

I recommend the Airthings Wave, but I suppose there are others. I wouldn’t get the charcoal ones (who’s going to send that in the mail? really?).