The brave new world of car charger virus: my prediction for 2018 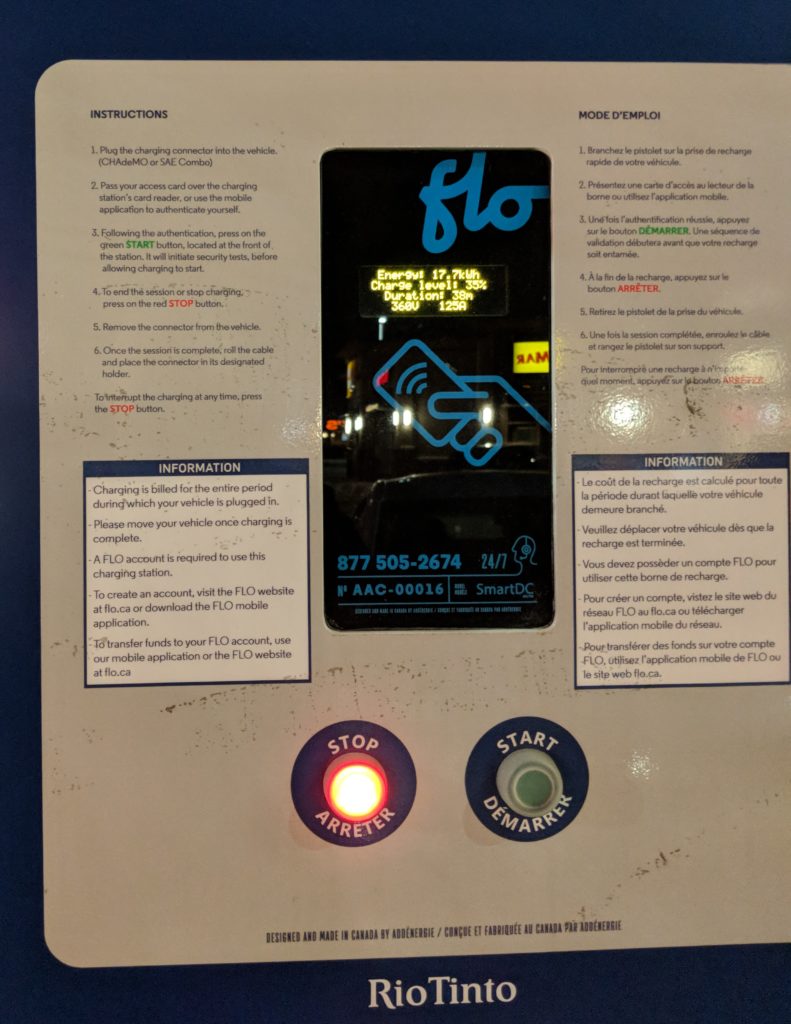 The electric car charging cable standard that is going to win is called Combined Charging System. Given Tesla’ scale, they may continue for a while with their proprietary one, but eventually it will phase out somehow. Who wants an appliance that only plugs into its own manufacturer’s power system, can you imagine a GE kettle that only took GE electricity?

One of the features of this CCS system is it is smart. It runs a protocol called ISO 15118 (also called HomePlug Green Phy) which allows the car and the EVSE to converse about how much power to give, etc.

Last night was I was driving back from my inlaws, a combination of cold weather, a desire for more heat, and a not 100% full charge meant we had to take a pit stop. No problem, there are dozens of high-speed (level 3) chargers between there and here. The first one we pull into (Campbelville Country Court) has a L3 charger on the ChargePoint network. So we plug in, and, well, not much happens except a ‘Error: Fault 87’. Its cold, I’m outside, we have 10km of range, I can either plug into the L2 charger and wait a while, fix this, or… So I call the phone # listed on the charger. The technician at the other end informs me that this charger needs a software update to deal w/ our car. Now this is a brave new world of electricity delivery indeed! So I curse a bit, plug into the L2 charger for 5 min, pick up the couple km I need to backtrack to the previous L3 charger, and head there. It  is on the ‘flo’ network. But it works. And it immediately starts huffing and puffing with some cooling fan (its -15C so I think this is somewhat optimistic on their part), and exchanging bits back and forth with our car. It then settles on ‘yes I will deliver you high-power DC’, and starts ramping that up (? too cold to charge fast? battery too empty? dunno). So it starts (from its app, I’ve retired to the relative warmth of the ‘we want to close, please leave’ starbucks) with the meter near the left of the ‘yellow’ for charging speed. Nice to have a meter calibrated from red to green when you really want to know more details (the outdoor screen, as you see to the right, does have some detail). 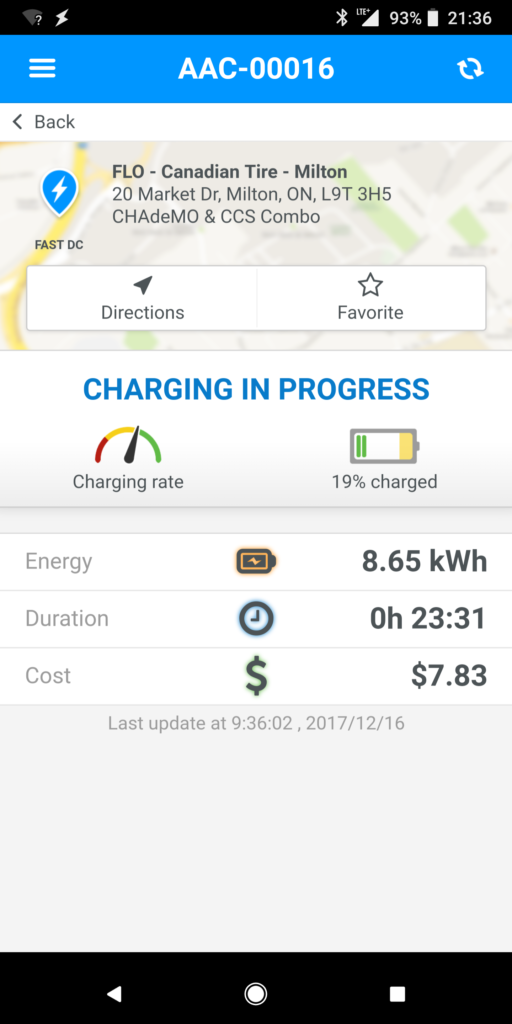 OK, after maybe ten minutes of ‘yellow’ it starts moving up towards the green, which you see below. ps, electricity is cheap to charge at home, not so much on the go!

Now, a reasonable amount of info was exchanged between car and charger. Make, model, software version, batteries installed, etc. And there is no authentication in the app per se, its just tied to the station. So I guess anyone can read this.

And this got me thinking. I’m driving my car all over, to random places, and plugging in a computer-accessible cable to random infrastructure. And this cable is delivering not just Amps, but also bits. Bidirectionally.

And normally that means that someone will find a way to abuse it. The CCS system is coming online with bidirectional charging (meaning the grid can *drain* your car battery during times of need). It has access to internal aspects of your car (onboard computer etc) which may in turn have access to the GPS (where you’ve been), speed info, home address, etc. Some cars can open your garage automatically because they’ve memorised your code. They know when you are not home. etc. To say nothing of tinkering with e.g. the brakes or speed governor or ‘self driving gadgets too numerous to list’.

So, what’s the over/under on “will there be a CCS-delivered virus that wreaks havoc on the blogsphere/tinfoil hat community in 2018”. Vote below.