db Posted on 2017-11-29 Posted in all 1 Comment Tagged with electronics, gadget, security 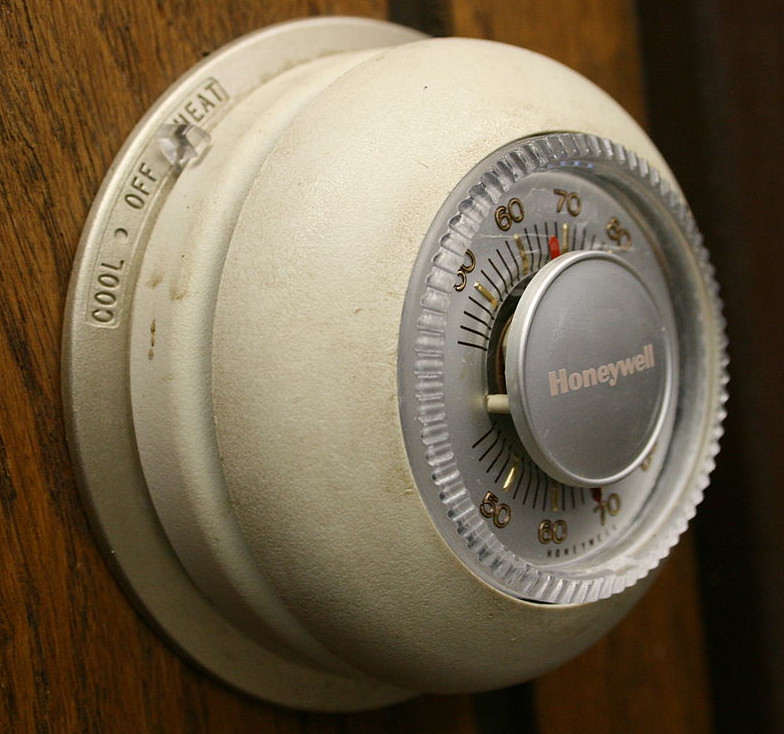 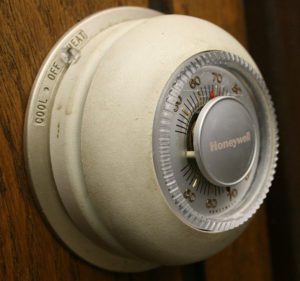 So the original home automation is the thermostat. And many of us will have grown up with the Honeywell T87.  This will have been mounted to that lovely faux wood panelling in your house :). It worked in a very simple model: there was 2 wires that came from your furnace. One had 24VAC, and the other was connected to a relay that the far side was the other leg of the 24VAC. When you shorted the wires, the heat came on.

As people started to get rich,  they bought central air conditioning, and a 2nd pair of wires was run, same principle.

As the 1970’s oil embargo occurred, people started to care about power usage, and we added another wire, the ‘common’, which was always live, and could run the electronics in a very modest smart thermostat (one with a timer). Those who didn’t have the smart timer set the heat back before bed (in my house as a kid the heat was set back to ~12-14 at night).

Then we started to want to run the circulate fan independently of the heat, to have 2-stage heat, 2-stage ac, heat pumps, etc. And we started to need bigger and fatter bundles of wires from the basement to the thermostat. And this became a problem in retrofit, often hard to run.

Niche products were created (e.g. the ‘add a common‘ adapters that used simple diode methods to ‘route’ into one leg or the other). These are recommended if you buy a Nest or Ecobee and need a Common (always-on power).

But its 2017, there has to be a better way. We could trivially use wireless and some GPIO on a micro (e.g. slap an 8266 @ the furnace end with some mosfets). But then we’d have a solution that would not be an open platform, it wouldn’t work with all of the various and sundry thermostats that are now ‘wall jewellery’, we’d have yet another single-purpose gadget.

OK, we could expand that, and use a wireless thing on each end, gpio in becomes gpio out, a ‘parallel to wireless to parallel’ bus. So now to the wireless. You would want something w/ zero setup that worked even if the power was out somewhere (e.g. no hub). For this we could use bluetooth, zigbee, zwave, lorawan, wifi, … an embarassment of riches.

So, we can look at using lorawan. But is there another simpler way?

Lets think back to one of the other early leaders in home automation. X10. We all succumbed and bought the starter kit that the pop-under banner adds of 1999 told us to (remember those? they were awful!). How did X10 work? Well it used the ‘zero-crossing’. It would embed a digital signal in the 110V (and higher for other folks!) wire. 60 times a second the voltage would swing from positive to negative, going through zero-volts. At this time, the X10 would chirp out a bit of information and thus need no (additional) wires, and yet not need a wireless hub.

Now back to our thermostat. We could take the 24VAC common pair, and embed info in that zero-cross of that, and need no other wires. Every thermostat ever (including that T87) had a single or more pair of wires.

We could create a small widget that had a breakout board at each end, and would be transparent.

Now, lets look at other applications. Your doorbell is 24VAC, your sprinklers are, perhaps other devices. This hypothetical device that has a COGS of ~$5 per end could have a big addressable market.