The tale of the breadmaker 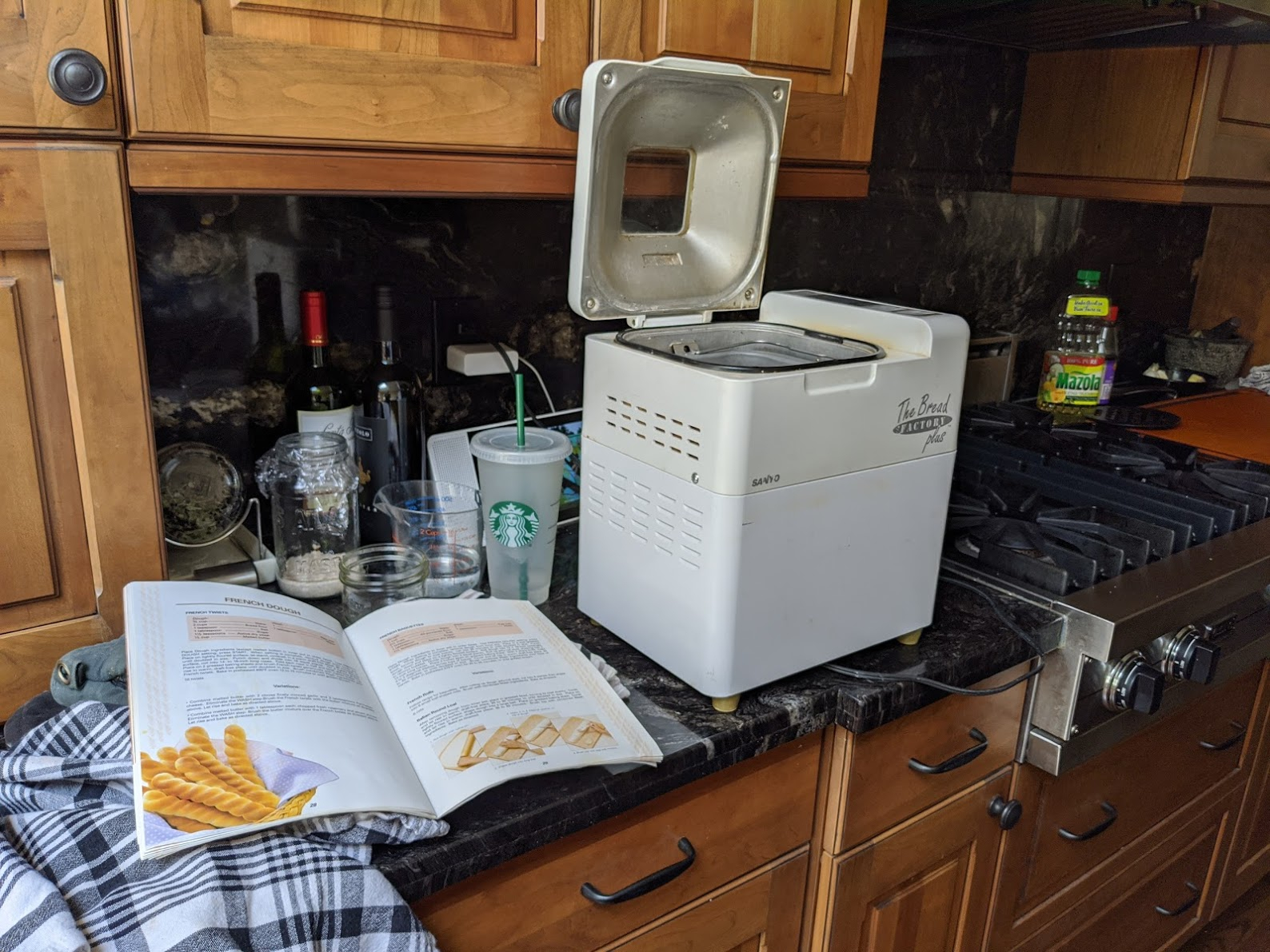 It was the early part of the 90’s. Friends had not yet aired its first episode. Seinfeld was still in full swing. No one has Internet, let alone a browser. I’m out shopping at (The Bay? Eatons? one of those two). I come upon it. A thing of beauty. I must have it. A breadmaker.

Now you have to understand a few things. I was a poor student. Bread makers were a lot more expensive then. I don’t know why, I fell in love and indebted myself. I came home with it.

My roommates were bemused. Sure its cool. But will it ever pay off? Mike does the math.

We learn to make kahlua raisin bread. It gets used all through university. My roomates go to grad school, it gets used. I move out, get a townhouse, it gets used.

Well, 25+ years later, I present to you, the king of the weird-shaped vertical bread loaf, and its original manual. Still chugging along.

Some say I play the long game, but i’m not sure early 20’s me gave it a lot of thought.

3 Comments on “The tale of the breadmaker”