The LED bulb project: an autopsy on some failures 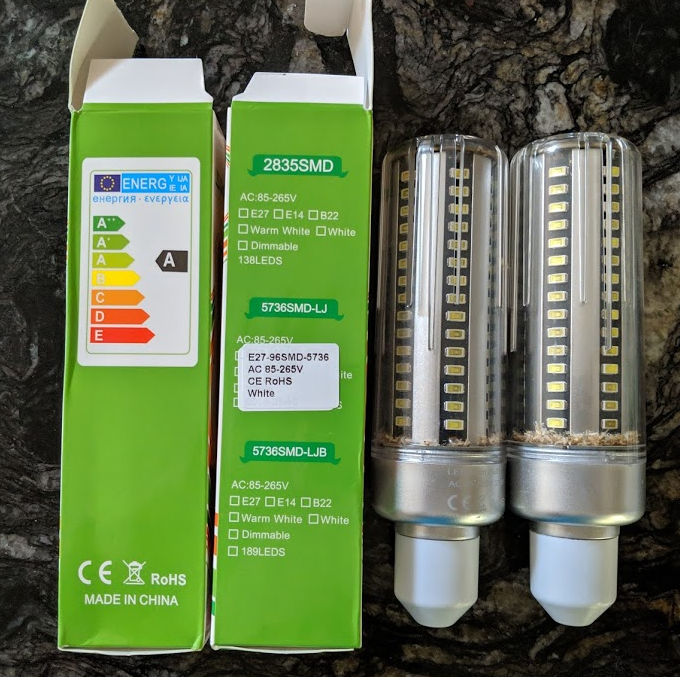 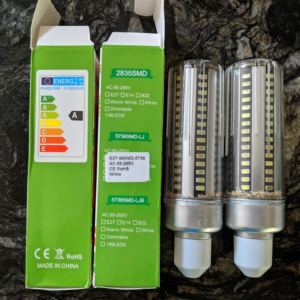 So last year I installed a whole lot of LED bulbs. Power dropped off, great.

One area that got new bulbs was the porchlight. This was 2 sconces, outdoors but covered (both covered by the overhang and covered by the sconce). So not a ‘wet’ environment per se. Into this were installed a pair of ‘corn-cob’ lights.

Fast forward a year and they have both failed. So, lets have a quick look.

First, we discover that the ‘open’ nature of these bulbs (let the heat out) allows a variety of small inects in. Nice. Crusty.

Um, yes that is the high-voltage power supply just flapping around. The tape is just to lightly insulate it from the metalised plastic sides. No structural support. Great. It was more or less supported by those two wires that were tacked to the bottom to a could of pads. Hmm.

Now, i’m not sure what output voltage that supply is meant to give (e.g. the parallel/series arrangement of the LED’s). My bench supply only goes to 30V and that was not enough to light (so either we have burnt-out LED in series, or >30V). If we count the LED, we se there are 15 per row, my guess would be all in series. 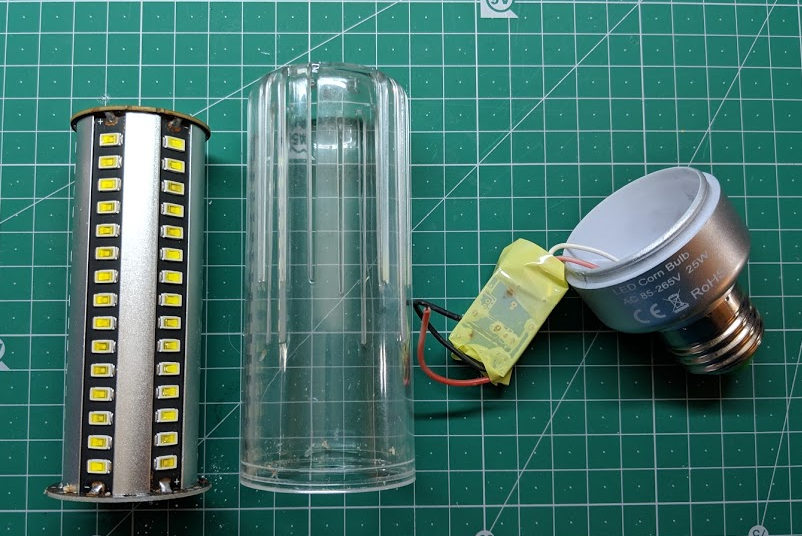 Let’s have a closer look at this supply. Its not a capacitive dropped, and it is isolated galvanically by the transformer (but not really by the tape, and there are no cutouts on the PCB). The soldering looks kinda crusty, so the board was not likely cleaned. Of course, it has been somewhat out side, so that could be garden variety rust too… No conformal coat here.

the writing on the IC is a bit hard to make out, ‘TROWER'(?) TP8533A maybe? its below if you want to have a shot at CSI-enhance. (update: datasheet attached).

the meter suggests maybe this is 5S3P arrangement, so ~10-12V output?

O well, bought another two. These are not that cheap (in $). Hmm. 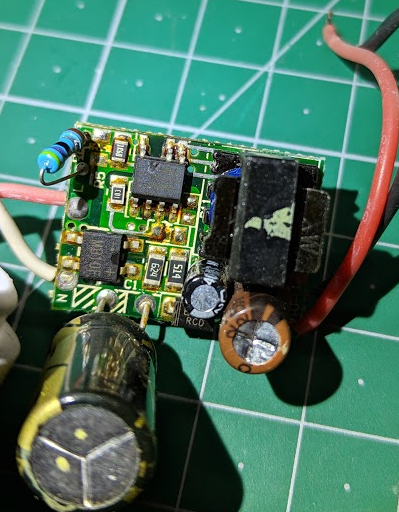 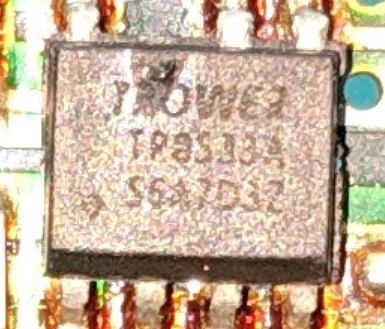 2 Comments on “The LED bulb project: an autopsy on some failures”