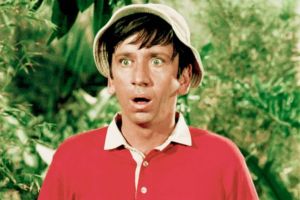 Now this is getting somewhere. Earlier I wrote about getting no real punishment for big bad deeds online. Seems the powers that be read the blog with the most 🙂

We’ve got two big sentences here. Mr Daniel Kaye got 3 years for taking down an African mobile carrier (at the behest of their competitor. Oh my! Cellcom plays rough!). He also took down 900K germans and quite a bit of infrastructure, for which he received a suspended sentence. Mirai. You naughty botnet of pvrs and cameras.

But, even bigger, we’ve got a chap by the name of Martin Gottesfeld. DDoS’d a bunch of hospitals in Boston. Then got in a boat and tried to flee to Cuba. Likely a 3 hour cruise, so just sit right back and you’ll hear a tale…

Well, seems the seas got rough, the boat looked to be lost, they hit the SoS, and, well, a giant (no doubt panama-flagged) Disney boat picked him up and dropped him off for 10 years of hard time.

And I gotta say, this should be a bit of a deterrent. And it should be, attacking children’s hospitals is a dangerous thing, peoples lives hang in the balance (as they would for knocking out a cell phone company).

Read the gory details on BBC, on Krebs, on Reuters.