Blockchain is a stinking cesspool… Tell us what you really think! 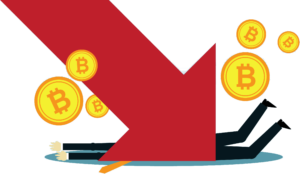 Dr Nouriel Roubini testified today before the US Senate Committee on Banking. My favourite quote? Probably:

“Actually calling this useless vaporware garbage a “s**tcoin” is a grave insult to manure that is a most useful, precious and productive good as a fertilizer in agriculture.”

He suggests that “blockchain is the most over-hyped technology ever, no better than a spreadsheet”. Nice. Hope none of you are hodling alt-coins.

He mentions one of the things that has bothered me, the transaction rate. Visa can do 25K transactions / second but the ‘new tech’ of blockchain can do 7? How can we run a global economy on 7 transactions/second?

He doesn’t even both going into how much ‘‘ coal is burned by blockchain. I also like how he says “Even the flintstones new better, they used clam shells rather than utility-coins for barter”. Hanna-Barbera called the crypto-bubble? Who knew!

Now, one of the things that I’m a bit sad about… blockchain has its uses. I wouldn’t treat it as money or anything like that, but it can provide a safe, secure means of journalling information over time. It doesn’t need the complex ‘mining’ ecosystem of people burning their houses down with sketchily wired nvidia cards. I’m a big fan of e.g. a ring-signature-based blockchain for sharing reputation-based data. But, as an investment class, an asset class, as currency, or whatever you call ‘numbers that were created in basements’? No thanks.

Now the other guy testifying says, if we make more bitcoins jeeps will be safer. Um. Maybe.

So, which side do you weigh in on: blockchain is an insult to fertilizer? or blockchain will make my toaster safer? Why does it have to be just one? Lets pick both!

3 Responses to “Blockchain is a stinking cesspool… Tell us what you really think!”