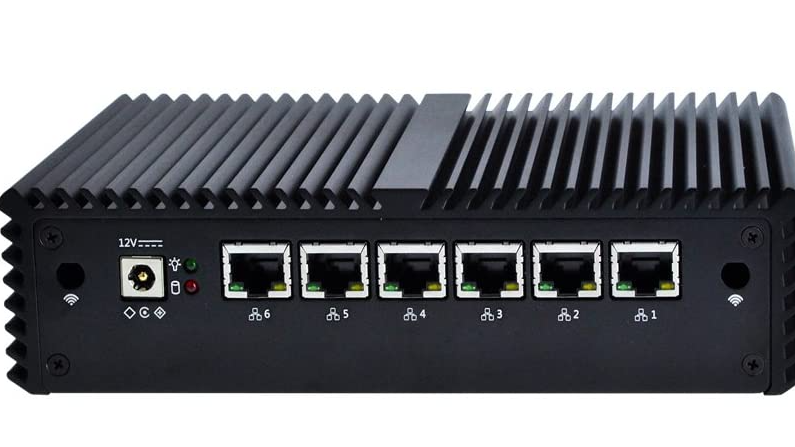 This was much tougher than it should have been. On the surface, take a small PC with a bunch of Ethernet ports. Slap 1 of them into a cable modem, slap the others into the WiFi system and desktop in the office. Make it be a gateway for v4 and v6. Couple networks (LAN, WiFi, Guest-WiFi). Done. Well. ipv4 was great success. But, getting upstream subnet from ipv6 and then splitting it, well, not so easy. Don your peril sensitive sunglasses if you will read on.

Earlier I wrote about the first problem, receiving a ipv6 address that might change, but having to hard-code that in the DHCP file. Hmm.

Another issue, IPv6 cannot (should not) be subnetted below /64. But, the cableco hands out a /64. They do support prefix-delegation, but, netplan does not. https://bugs.launchpad.net/netplan/+bug/1771886. My earlier experience with netplan and its feature gap was not that great, but this is more of a show-stopper.

OK, its just code, I got this. But, systemd is a *dangerous* thing. Once doesn’t merely upgrade systemd, its got its tentacles in every aspect of your system.

Kinda rolls off the tongue, right? Now we do:

git clone https://git.launchpad.net/~ubuntu-core-dev/ubuntu/+source/systemd and we have the source tree we are using.

Now we run apt-get build-dep systemd and then debuild to get going. Now its time to install and cross-fingers.

So, lets get the config. First, the WAN port:

Now lets do the LAN’s.

(it configures a bridge called LAN which has a few of the ports on it, the others going to the WiFi on a different subnet). I repeated for the various wifi subnets

Now, we have achieved our goal. Each LAN-side interface has a unique IP, on a unique prefix. And we route properly, a few iptables rules, good to go.

My takeaway? I guess not a lot of you are using ipv6 prefix delegation to multiple subnets from your ISP? Or you are not using networkd? Or?