Of magnets and airport hesitation steps 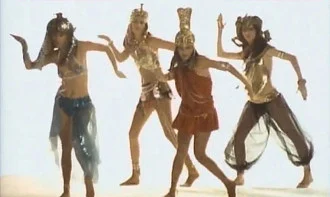 There was a time when I travelled. A lot. A lot to me meant being in an airport 10 or more times in a week. A week might span 2-4 continents. So, I developed some techniques to save a bit of time.

Now, some question the wisdom of these, some question the worth. Let me ask you a question. If you were to take ~200 flights in a year, and I could save you 2 minutes of your time per flight (so 400 minutes/year), what would you do for 7 hours of your life back? Would you walk like an egyptian (queue bangles) through an airport metal detector? Would you take a magnet shoe-shopping? You should!

So, the magnets. I had a simple plan, once a year in the last week of January (right before mobile world congress trade show) I would buy a new pair of shoes and wear them until the heels went back. Now, mens shoes often have metal in the shank. But, no one in the store will know, they look at you like you are from Mars when you ask if these leather(esque) shoes have steel. So I bought a magnet. The clerk would say “shoes don’t have metal”, I would pull the magnet out. If it stuck, I would move on. The shop assistants either talked about me later that night (or else someone really weird usurped me, oh to be a fly on the wall of the buster brown break room). But, most importantly, that magnet would save me shoe removal/reinsertion in many (not all) of the worlds airports.

Now the belt. Its probably more common now, but, it took me forever to find a carbon-fibre belt buckle. I ended up having it custom made in serbia through some sort of “I will make anything out of carbon fibre for you” web site. I paypal’d over $100, a month later a belt buckle arrived. No metal. This also almost always worked. Noteable time it did not, I was hustling through a connection in (Frankfurt? Dusseldorf?) germany. And i was coming from a zone of bad to a zone of good (either shengen or more likely security) so I had to re-clear. I’m hustling to avoid missing my flight, and i try to scoot through w/ the belt buckle on. I’m busted w/ Teutonic efficiency, turns out rules are rules, even if they have clear exceptions. Belt off. But the rest? Blissful beltful boogying through airports.

But, where the story starts is pre-carbon-fibre and pre-magnet. You see, the staff at my (favourite?) airport, Pearson, turns out they must follow the rules, but the rules don’t say they can’t tell you how to avoid the rules. So they would give me tips, and, on a good morning, let me try them out a couple of times for practice.

One of the tips, just place your hand over your belt buckle or watch, it reduces the signal.

But another one. The loop measures amount of metal and speed. Together. So you can push an anvil through that thing if you a prepared to take all day. But, they thought of that, so if you stop mid-loop you get busted. So, there is an exact step you can do. The Step. Stop. Step. That minimises the speed of metal through loop. And, done right, can allow a metal-shank-pre-magnet-shoe and a steel-belt-pre-carbon-fibre-buckle to scoot through w/ minimal delay.

Thanks to the unnamed CATSA staff for helping w/ that, you are the best.

Bonus story. You remember the underwear bomber? Was flying to detroit some years ago? Well I had the honour to be flying out of Toronto Pearson the next am. And, the US had put some outrageous set of rules instantly in place. So I’m greeted by an unusual site, after security there is a line of RCMP. You don’t see Mounties in the airport. And, they have tables in front of them. We are directed one by one to them, by gender. Me. What’s up w/ this? Mountie: “Neither one of us is going to like our job today sir”, and, well, gloved hand inserted down pants and groped. I will say it was the 2nd-most-surprising gropage in an airport. So I got that going for me.

2 Comments on “Of magnets and airport hesitation steps”