CRA adds Captcha: with flags of the world? 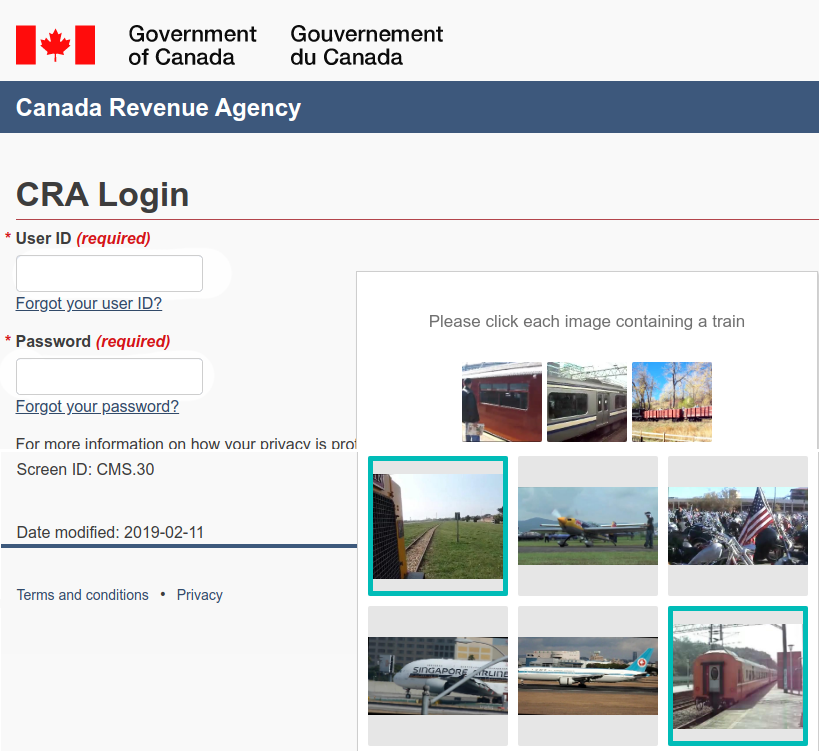 Recently the Canada Revenue Agency (or more specifically, the users of it) had a password breach. People had re-used their CRA password on other sites that were hacked. Compounding this is the CRA website facilitated stuffing: automated trying of username/password to check which of the breaches worked.

Well, CRA has responded with a captcha (those ‘find all the images containing… tests). But, interestingly, it seems to show other national symbols. See mine below, i’m looking for pictures of a train, but I find Singapore airlines flag carrier, China Airlines flag carrier, US flag, … None of them trains to be fair! But none of the trains were VIA or CN or CP either.

I’m not sure what i was hoping before, perhaps classic episodes of the Beachcombers and you had to spot which character was John or something like that. Anyway, progress is good.