‘first’ and ‘only’ are four-letter words in cloud. How to do something `once` and `first` in a Kubernetes Deployment 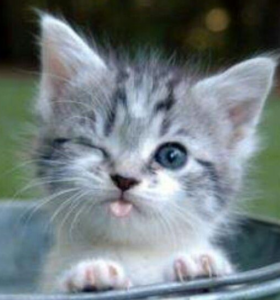 A funny problem exists that you may not be aware of. If you like being blissfully unaware, perhaps head over here to kittenwar for a bit. But it involves the words ‘first’ or ‘only’.

You see, in a cloud-native world, there is a continuum. There is no ‘first’ or ‘only’, only the many. Its kind of like the ‘borg’. You have a whole bunch of things running already, and there was no start time. There was no bootstrap, initial creation. No ‘let there be light’ moment. But, you may have some pre-requisite, some thing that must be done exactly once before the universe is ready to go online.

Perhaps its installing the schema into your database. Or upgrading it. if you have a Deployment with n replicas, if n>1, they will all come up and try and install this schema, non-transactionally, badly.

How can you solve this dilemma?  You could read this long issue #1171 here. It’s all going in the right direction, replicaset lifecycle hooks, etc. And then it falls off a cliff. Perhaps all the people involved in it were beamed up by aliens? It seems the most likely answer.

But, while you are waiting, I have another answer for you.
Let’s say you have a Django or Flask (or Quart you Asynchio lover!) application. It uses SQLAlchemy. The schema upgrades are bulletproof and beautiful. If only you had a time you could run them in Kubernetes.

You could make a Job.  It will run once. But only once, not on upgrade. You can make an initContainer, but it runs on each Pod in the replica (here a Deployment). So, lets use a database transaction to serialise safely.

Now, last chance to head to kittenwar before this gets a bit complex. OK, still here? Well, uh, Python time.

Easy, right? I chose the external commands method rather than calling (here flask) migrate to allow the technique to work for other things.

4 Responses to “‘first’ and ‘only’ are four-letter words in cloud. How to do something `once` and `first` in a Kubernetes Deployment”