Here in the great white north block heaters on cars are common. They are a bit less important than they used to be in this day and age of fuel injection and engine controllers, but they still are needed in the colder bits of the country to keep your oil from turning to taffy. 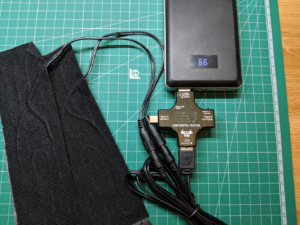 We talked earlier about the struggles of the e-bike rider in ~25C weather. Last night a bit late @ night on the way home I got the dreaded error code ’04 e’. This is coupled with a cut-out of power to the motor to prevent damage to the battery. Hmm. No bueno. It was a long ride home since it was mostly uphill, and the bike is very heavy with ‘low rolling’ resistance kind of the opposite of what those spiked-tires achieve. So, lets solve this. 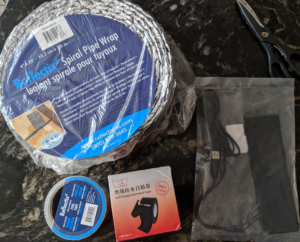 To this I added some self-adhering rubber tape, some foil tape, some pipe wrap. The full bill of materials is shown in the image and came to about $50.

OK, I try out the pads on the bench. They work. After a minute or so of being plugged in they are warm to the touch.

Next, i tacked the strips on the side of the battery, wires up. I then pulled the self-fusing tape tight around it all the way around, creating a somewhat sealed layer with the heaters tight against the battery compartment.

I then put a layer of foil tape, a layer of pipe seal, and then sealed with pipe tape. The finished product is at the bottom. 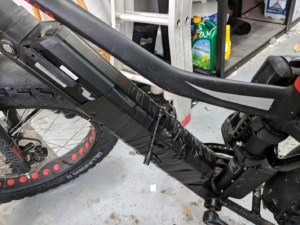 Now I have a choice. The wires come out right next to the USB-A charging jack on the bike. Meaning I can use its own battery to heat itself. The onboard battery 16Ah @ 48V == 768Wh. Drawing 7.W of ‘heat’ will therefore take about 1%/hr ‘if things were perfect’. Since we are actually dealing with a very imperfect situation here (a frozen battery), its probably more like 10%/hr.

If I assume I want to plug it in for 2 hours before I leave at night, this would be quite a bit of my overall power. But, very convenient.

The other approach is I have a 100Wh powerbank. I can take that out and plug it in, meaning I will draw nothing from the onboard battery, but have another thing to carry around.

So, we’ll field test it this week (which is scheduled to be much warmer). 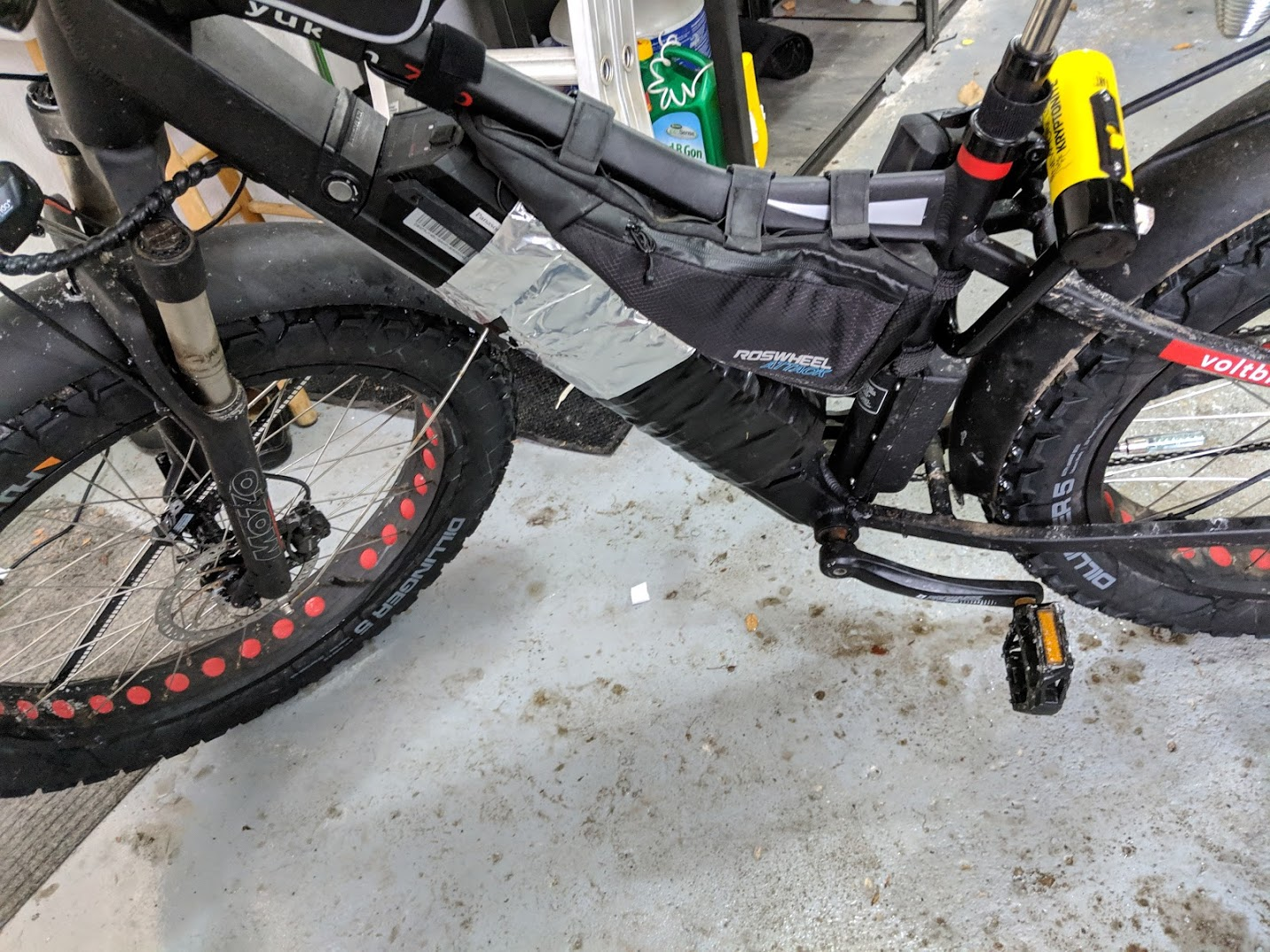