Tales from the road: the worst airport queuing in the world, and Don eats a Cairo pigeon 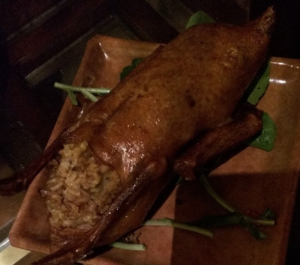 Ok, I was reminded of this while discussing queuing theory and gear-lash today. My worst airport queuing experience ever.

So I’m in Cairo. You know, Egypt, pyramids, that sort of thing. Obligatory picture from my hotel is below showing the iconic pyramids. Side note: we got into the hotel relatively late in the evening and there was a wedding on, and I’ve never seen such styling suits. So much velour and rapper chains, very nice.

We do the business meeting and its time to head for the airport (its a dayish trip here, in the previous night, out this night). My onward flight is very late (~1am) and is going to be on Aeroflot. I’m somewhat dreading what sort of equipment is serving the cairo <-> moscow run, I’m picturing something that is a WW2 survivor.

My colleague and I linger over dinner. Its pigeon and freekeh. I was a bit apprehensive, I’d seen quite a few pigeons on the loose in Cairo, and they were effectively flying rats. But, well, it was delicious despite its possible rat etymology.

Eventually my colleague is looking tired and I suggest he drop me at the airport and head home. This is where I learn there are 2 terminals in Cairo. A normal(ish) one, and the one I will be experiencing. Its awful. There is some sort of security machine to go through to get to the counter to get your boarding pass, and the scene to go through it can best be described as chaos. People are everywhere, pushing, shoving. Someone is taking a bar-fridge with them. Yes, a bar-fridge. You know, the thing you never considered taking through an airport and putting on a security belt? Others have huge sacks of rice. An old lady hauls off and punches me. I’m taken aback, I’m not used to senior citizens becoming Mike Tyson on me.

Eventually I make my way through the 7 stages of hell that are the precursor to what will get worse. I get my boarding pass. The checkin agent comments that I’m awfully early (its ~830 pm). I say I’ll just hang around the lounge. She smirks, have a nice time sir. I enter the airport proper. There’s not a chair in sight, its all concrete flooring. I stand around on the concrete for about 3.5 hours cursing life. Finally we are assigned a gate, its a room with doors. For some reason new security staff enter and fish through our belongings and pat us down. Baksheesh is suggested. Screw you, I’ve got nowhere to go in a hurry. They move on.

Finally 4 busses show up to take us to the plane. I ask if it matters which bus, oh no, of course not sir. I enter one of the busses. We hit the plane. 2 of the busses pull to the front door ladder, 2 to the rear. I realise my seat is nearer to the front than the back, but I’m at the back. I go to move under the wing. I’m admonished, don’t do that sir, board from this end. I do. It makes the earlier chaos seem orderly. 300 people have boarded a single-aisle aircraft from random ends, and are now in arm-to-arm combat with their carryon swimming up/downstream of each other. The interior and flight attendants are also safety-cone orange, just the colour is making me mad. Who picks this for an interior colour?

Finally I attain my seat. Its the row facing the attendants seats mid-cabin, so there’s a lot of motion there all night and there is no under-seat storage. And the overhead is full since, well, it took me about 2 years off my life expectancy to reach this sanctuary. My bag is removed and placed elsewhere in the plane, I’ll deal w/ that when I land in moscow in a few hours. This promises to be one of the least restful redeye ever.

A few hours later I land in moscow, still wide awake and orange and full of queuing rage. And now I understand why you don’t board a plane from both doors randomly. Who knew?

Oh yeah, here’s the pyramids from my hotel room window. The hotel was quite a bit nicer outside than in, but it was not too bad. It looks like a resort or something in the photo, its not, don’t get too excited. But mysteriously the pigeon population was low. Coincidence? 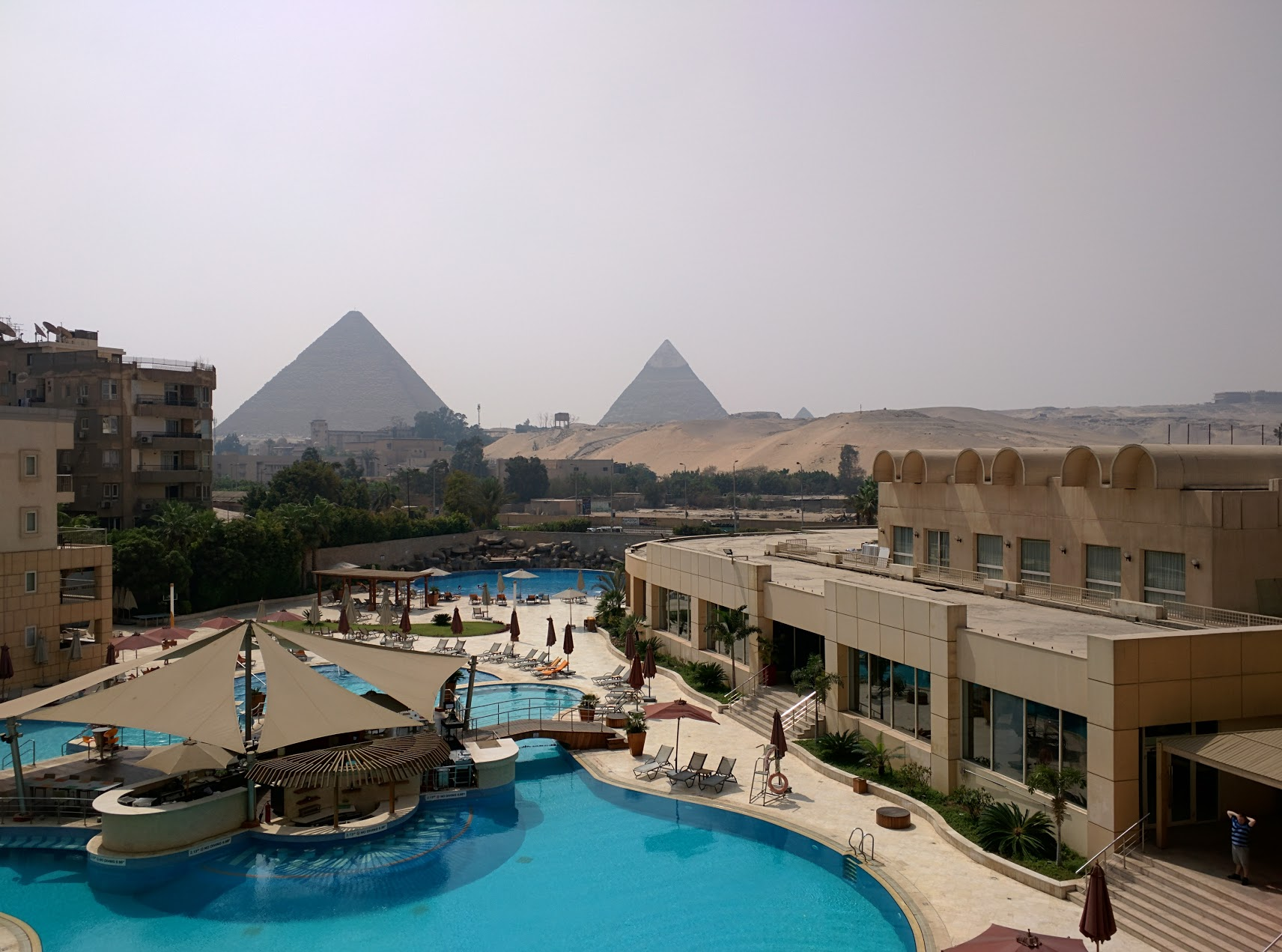 2 Responses to “Tales from the road: the worst airport queuing in the world, and Don eats a Cairo pigeon”