Tales from the road: of Russia, Google, Trump, search results, and opening a new front

Many years ago Hitler decided to open a 2nd front in World War 2, against Russia. This turned out to be a bad idea for him, but ultimately a good thing for the rest of us. Today we saw a similar issue, Google being accused of search bias is opening a new front, why pick that fight?

A couple of years ago I happened to be in Moscow during the primaries. There was a huge spat between Romney and Trump. Hand size was mentioned (by marco rubio), things got ugly. And then Romney issued a set of remarks which minced no words. The news blew up.

However, for me in my hotel room in Moscow, it didn’t seem to. Interested, I decided to do some quick field research. I used Google.ru, and via vpn, Google.ca.  You expect that other than maybe regional things, these would be the same?

To my surprise, part of this story is censored in Russia. Specifically, the results about Romney’s early ‘Anybody but Trump’ speech. Its all gone.

Lets examine. I used ‘google.ca‘ via a proxy and google.ru. The google.ru results are below, see that last line “results delisted because of local information law”. 100% of the results that are Romney critical of Trump are gone. E.g. on google.ca, I see this washington post article “Romney slams Trump“, this Time article is also gone as is the NPR, boston globe, etc. In fact, there is no negative at all. Its like Romney never called Trump dangerous.

The below image is the actual search result as seen in russia at that time, and that last line is ominous. 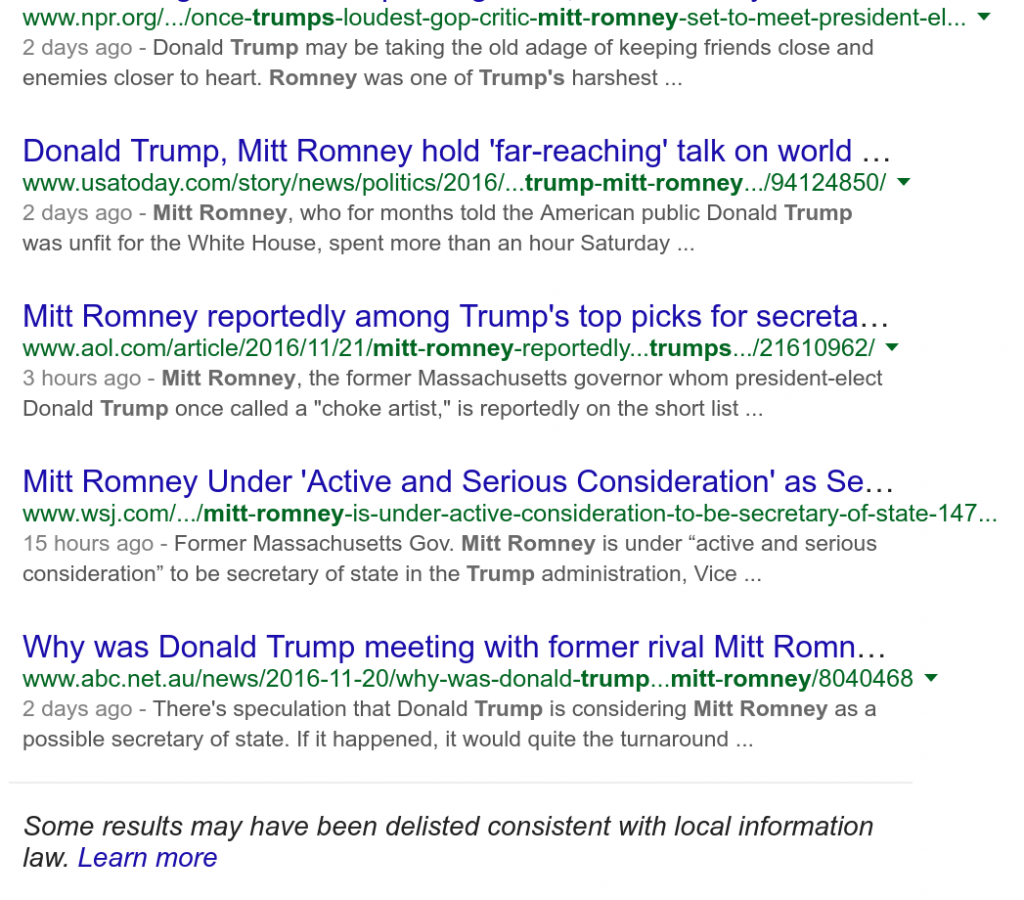 One response to “Tales from the road: of Russia, Google, Trump, search results, and opening a new front”