Tales from the road: the one with the rich cowboy and my trust in fellow humanity 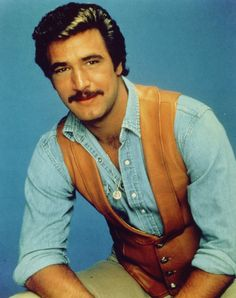 I’m at an event at a hotel in Colorado Springs (I think it was the broadmoor). And I have a flight out of Denver International to catch, to connect onwards to something. Its evening, this is going to be a red-eye. The next meeting is important, and I have pre-booked some shuttle service (its about 150km). Its a bit snowy out, and these roads can be very good, or very bad in the dark and snow, so I’ve left a bit of time.

The shuttle hasn’t arrived, I’m getting nervous. I ask the hotel to check, don’t worry they say, they’ll be here. After a bit of this the hotel confirms that they in fact will not be arriving, they are stuck somewhere upstream.

I start to panic a bit. I’ve got just enough time to get to the airport now, I don’t want to miss this. I’m trying to figure out what to do, there’s no such thing as a taxi at this hotel, certainly not at the last second to DIA. For those who have been to DIA, its more or less the definition of no-where, it is far from Denver.

Outside the hotel is a fancy car, a stretch-ish limo. It has a driver, in livery. Its a private car, not a service. The driver is fussing making it ready. As I pace the lobby this Texan guy asks if I’m ok, I guess he’s seen my walk to and fro the desk. I relate the issue. It turns out its his car, he’s some matt-houston like oil dude. He’s going to be heading into denver in about an hour, if I want, I can come with him, his driver can drop him and then take me on to DIA. Its a very nice offer, but sadly won’t hit my timeline. Well shoot he says, why don’t we head out now, the driver can drop you first, and then I can head into Denver. This is ~2 hours of extra time for him. Its a genuine offer. His belt-buckle is near as big as his heart. I accept.

We head out, the driver takes it in stride, we hop into the understated limo-ish car. It seats ~6 in the back, no gaudy prom-night lights or gold trim, just a car w/ space. I’m feeling super guilty, but he is so gracious. We swish through the roads w/ their snow and dark. We hit DIA and I bolt for my flight. I make it.

I never got your card Matt-Houston-Guy. I just want you to know that I appreciated every minute of that, I’ll pay it forward someday.