Tales from the road: the shit-shoe scam 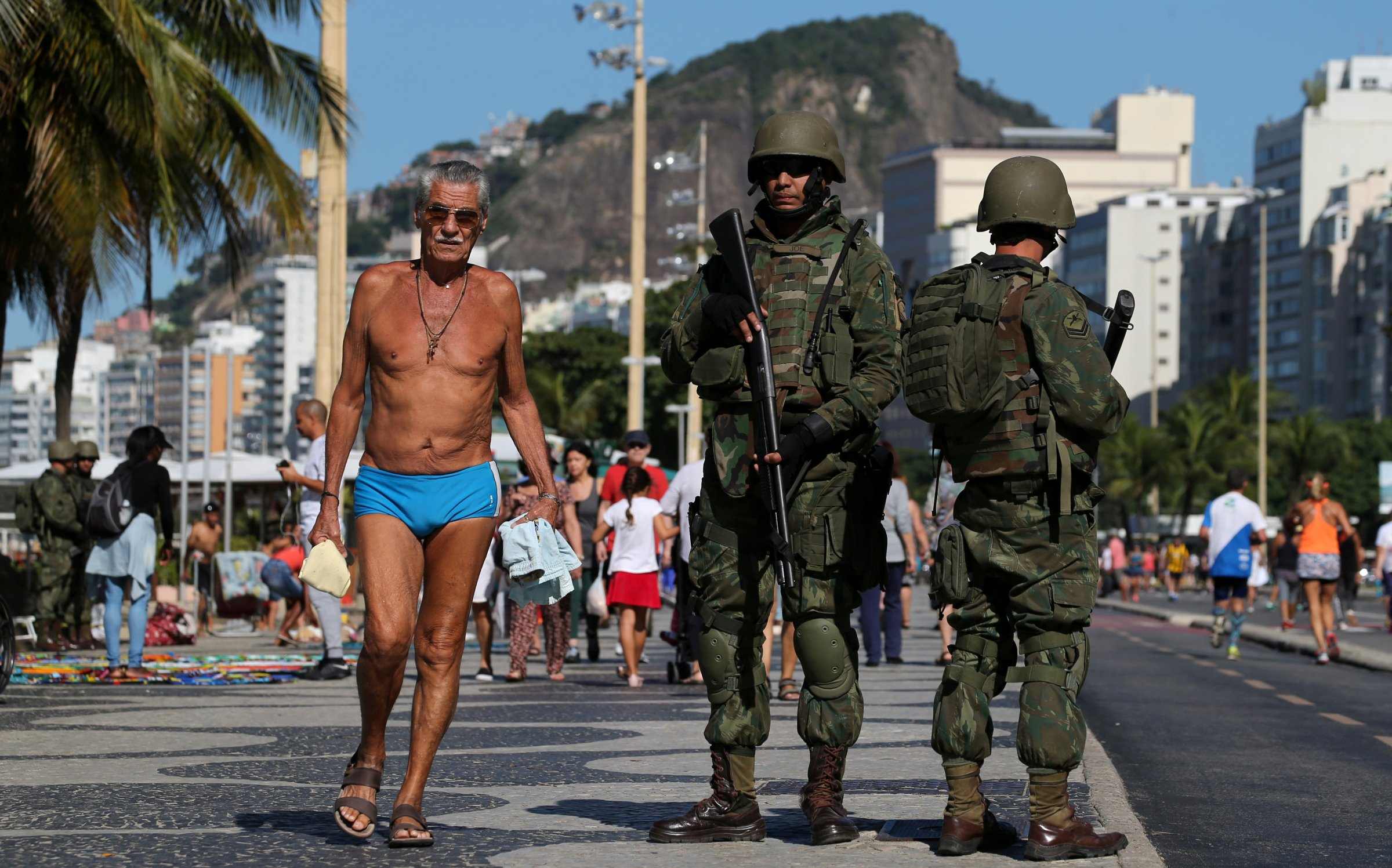 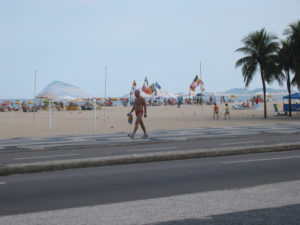 This happened a while ago on a trip to Rio. I’ve just arrived, its a long flight (~12 hours), but is in the same timezone. I land in one of Rio’s two amazing (not) airports and get a taxi in to the hotel. On arriving at the hotel, I do my usual and go for a walk around to get the blood flowing, combat the flight fatigue.

I’ve done this immediately, I haven’t had a chance to go and get any money yet, all I have to my name is a USD $20. But its ok, I’m just going to walk down the strip and back and then find a bank.

So, uh, yeah. That’s not great street to walk down (atlantica). But ok. So I’m walking along, not paying a lot of attention to the world. And, coming towards me, is a ‘good samaritan’. He points at my shoe. ‘Shit” he says. What? My Portuguese is near native (obrigato, chop, jeitinho, cha gelado, see, that covers it!). He says it again, pointing at my shoe. I look down, and, in disbelieve, there is a giant turd on top of my shoe. Not on the side, not on the bottom. How could this happen? My problem solving skills momentarily take all of my compute resources.

Not to worry, the good samaritan has a shoe shine kit. Well this is lucky. He pulls it out while I’m still stupefied and cleans my shoe. Great. Now I’m thinking, how can I break this USD $20 to give him $5 equivalent (~10Real at the time I think). His English is not strong. But I make out that he’s not interested in a fraction of the $20. Nor the actual $20 itself. He wants 200 Real, about $100. Crazy. He keeps saying I have to ‘pay the squeeze’. 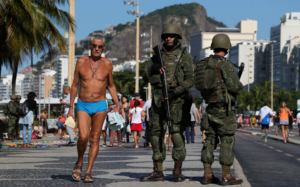 And then the squeeze arrived. The squeeze is a large individual, and he has a handgun tucked into his pants. He makes sure I see it. He makes sure I realise that here in Brazil, shoe shines are not cheap. I try to impress upon them that I only have the $20, at this stage I’m willing to let them have all of it. No dice, the price is still 200R$, the gun is still present.

As we talk, I start walking. They are sandwiched, in front, behind me. Lets go to one of these hotels and get you some local currency. They start to bargain. We are walking closer to a set of tourist police (stock photo here, mine were actually in a jeep w/ a mounted gun). As we get closer, the deal gets better. Maybe 100R$ would be ok. No dice guys, still only got the USD $20. Finally we get close enough that, well, $20 USD is enough, they snatch it and book.

Later I read this is a common scam. Less common I guess is that people don’t pay up right away. I guess they were somewhat surprised by my stonewalling and thought I had a purse of R$ somewhere on me.

Oh yeah, based on above you are probably thinking there are a lot of old men in skimpy bathing suits there. Yes you would be right. You’re welcome!