Over the years many technologies have taken a ‘kitchen-sink’ strategy, pulling in all adjacencies until they are the world. Java tried to become an operating system. Windows moved the graphics drivers into the kernel. The smartphone.

In the desktop space, I present two contenders. My perennial favourite, systemd. It has subsumed grub and will soon graduate from pid-1 to OS is my prediction. But, what about chrome? You know that thing with the billions of open tabs you have?

Well, I tried out a new tool, pscircle. Its pretty cool, it allows you to visualise what is running on your desktop. Lets take a look when mine is kind of idle (no VM’s running, no builds running). Cuz ‘top’ is for squares 🙂 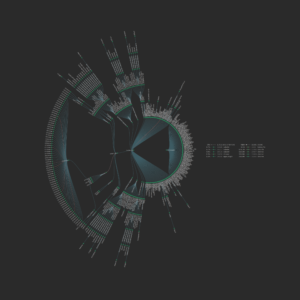 OK, you might need to click that image to expand. Ideally on a 4K or better monitor 🙂

But, as we can see, chrome is given systemd a run for its money. So many ‘nacl_helpers’ and ‘chrome’ and ‘cat’ (why does chrome run cat?)

OK, and on the general principle of ‘chrome shouldn’t run shell tools’, I ‘killed the cats’ (no actual cats were harmed in this experiment).

Poor form chrome, you don’t even reap your dead children? (by calling wait(2)). This is how you get zombies.

Anyone else want to try pscircle and see if it gives them some insights?

Anyone have any input on what would cause chrome to call cat? strace doesn’t show it waking up.

so if I can find node ‘306400482’. Hmm, it seems like its a bunch of output items from chrome and its various sub-processes, all sent to one pipe, and then cat dumps them into .xsession-errors, where stuff like: