Running a GPU-accelerated application in an LXD container 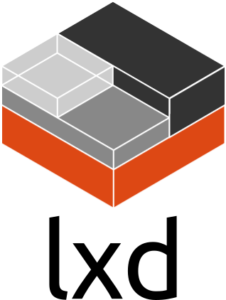 OK so I updated my desktop to 18.04 about a month ago (its coming in to release date). And one of the apps that I use that is a bit crusty is OpenSCAD.

One option is to run it in a snap (https://github.com/plars/openscad-snap). Yeah, that sort of worked, but I had a mystery problem where it was looking for some directory to store ‘backups’ in, and just kept giving an error (should be ~/.local/share/OpenSCAD/backups/ but, well). so ‘snap install openscad; openscad’ almost works, except for that. Drat.

OK, so i’ll ignore the snap for now. Sad, that is a pretty simple method.

Method, 2, well, its code, i can just build it? So many dependencies, this thing hasn’t been built since 2015. Um, maybe park that for a second.

Method 3, lets try an lxd container. And this worked great. Normally containers are a PITA to get GPU acceleration in (which is important for a CAD program). But, well, w/ lxd, it just worked!

And here was the recipe. Easy.

First I install a new ubuntu lxc container (called openscad). Then I install mesa (for opengl) and openscad in it. Then I map it to run non-privileged as my uid. I then add X11 (no wayland for me just yet cuz reasons), I enable the GPU, I mount my Documents/Downloads/src dir, and I’m off to the races.

Now this might look like a lot of mumbo-jumbo, but the net affect is having a completely isolated machine, with 3D acceleration, running at native speed, in only a few seconds.