Advertisement traffic is >=40% of bandwidth 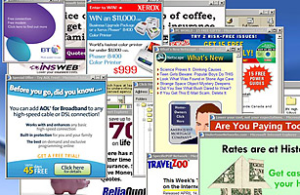 OK, you might be the last person standing w/o running an Adblocker. But did you know that up to 40% of your bandwidth is going to those ads? Read this fairly simple study from SFU.

Now, depending on the tariff you are on (worst case being pay-per-byte, best case being unlimited) this means that up to 40% of your cost is due to those ads.

Conversely, this could mean that ‘up to 40%’ of the revenue for your carrier is due to those ads.

Now, the 40% number is awfully high. Its for the case where you surf sites with video ads all day, but, well, its certainly a measurable amount.

Due to the asymmetry of scale, it is far cheaper to transmit data from a hosting location (Content Distribution Network) than it is to transmit it through an access network. Consider, a single building with 10’s of 10Gbps links and a few servers. Bandwidth is cheap there where the ads originate. Now consider that cable that is buried under your petunias, and how it gets from there to ‘civilisation’. That is expensive.

So the ad delivery network has a very modest incentive to make bandwidth go down (e.g. compression, less use of JSON and XML, etc), and the access delivery network has a higher incentive to wish it were less (unless they get paid per byte?). To my knowledge there is no ‘Energy star for Internet’ type rating that shows the ‘efficiency’ of any content (video, html, ads).

In other delivery networks, the ads are used to sponsor (some, all) of the transport cost. Consider that magazine you got for free? Ads paid its delivery. That cable channel you watch with all the great reality shows about toddlers, tiaras, kardashians, aliens, hoarders, and hoggers? Yup, it too is subsidised by the ad delivery, a concept called ‘cable avails’ or ‘ad substitituon’.

A small number of Internet providers over the years have experimented with ad-supported models. Opera partned with a few carriers,  NetZero pioneered this ‘back in the day’ (and still? Free slow dialup with a ton of ads? Kill me now!)

Do I think the ad-sponsored Internet will renaissance? No, not really. Consumers don’t want more ads, and encryption provides an easy means for the current content-holder to prevent ‘ad-squatters’.

But the advertisers and the media companies are getting a bit worried, adblocker-blockers are upping the ante in the warfare. In Germany we have seen publishers and adblockers going to war in the courts.

Eventually, the way I see it, I will go one of two ways… either use some mechanical-turk-type business to pay someone to watch my ads, or have some super-clever AI that pretends to watch them. Either way I’m sure the profiling will never be the same 🙂

3 Responses to “Advertisement traffic is >=40% of bandwidth”