The case that could rock the cloud world 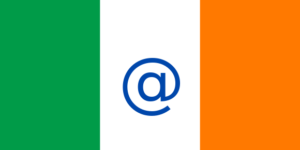 Microsoft is currently before the US Supreme Court on a case that will have vast global ramifications. In a nutshell, the US government served Microsoft (US) a subpoena for data from Microsoft (Ireland) for data which was stored on servers in Ireland.

Microsoft’s position is that it obeys the laws of Ireland while there, and that it would honour an Irish subpoena, but not a US one.

The US government’s position is that Microsoft’s parent corporation is a US Entity, and thus must obey US law, regardless of where its subsidiaries operate.

Now, you can see both sides of it, the positions are relatively clear. What will have huge ramifications is… data sovereignty. For many customers their jurisdiction might be at odds to US law. For example, in Canada, if I am a company that deals with private information, I must obey PIPEDA. This law spells out when, and to whom, I would disclose data. So if I operate in Canada, and my data is stored in Canada, i expect that the locations it is served also obey this law. What would break my business would be if my cloud partner (a Canadian subsidiary of a US corp) was suddenly required to follow US law instead.

This would mean that, instead of a valid data request under PIPEDA, my customer data might be coughed up other ways. Suddenly my RFP that required Data Sovereignty would be NULL. So this means that I would not be able to use Amazon, Google, Microsoft for my cloud. And, well, that knocks out 3 of the top 3. My options as a Canadian entity would be bleak, I could break Canadian law, or retreat from the cloud revolution.

I wonder how the decision will go? Microsoft has no where to appeal to (as far as my knowledge of law goes, the US Supreme Court follows US law and international treaties the US has signed up to, not some higher ‘supreme world court’).

So the issue is a thorny one of jurisdiction, and whether Microsoft Ireland is a US company or not, etc.

Either way, we will know fairly soon, they started arguing this 1 week ago. If you feel this case will go badly for Microsoft, short Amazon (Google has other business which is bigger). If Microsoft wins the case, go long on Seagate/Supermicro/Dell/… as the world clamours for local cloud sovereignty.