Once upon a time, a story of how a few believable facts can augment a total lie 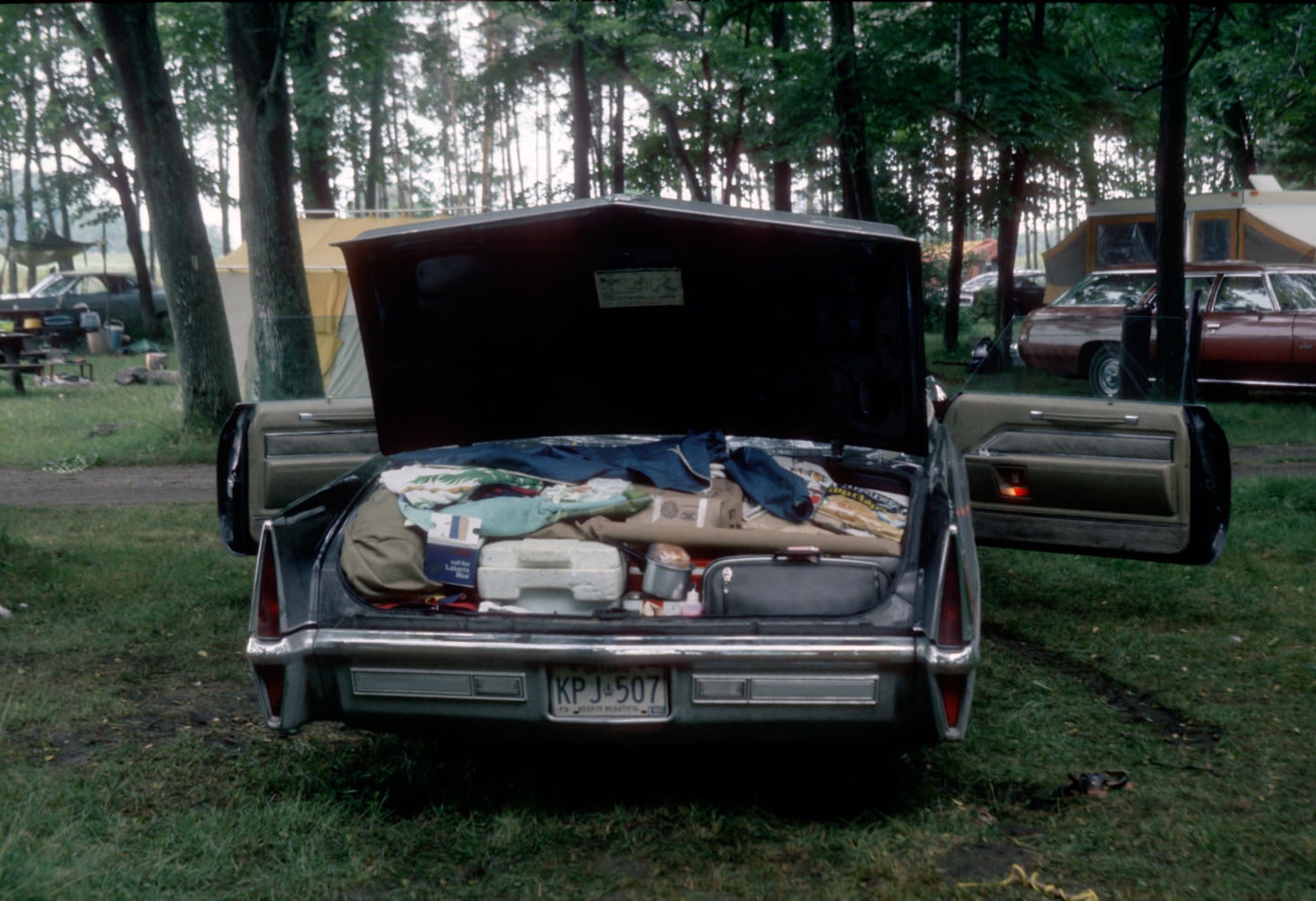 Many years ago our family went on a camping trip, some where near Sand Banks in Prince Edward County I believe. At the time we owned a giant middle-aged Cadillac Coupe deVille (you know the kind with doors that were as long as the eye could see, and whacked every other car in the parking lot?), and you can see it packed to the gills with the camping gear needed (including a case of Labatt’s finest stubbies). We went on this trip with friends of my parents, who did not have children, leaving my brother and I as somewhat the odd ones out.

Now, this friend of our parents, mike, decided that my brother and I could entertain ourselves if he created the right environment. He took us to the beach (which was right beside our campsite), and to a picnic table there. I remember him explaining how people would sit at tables on the beach, and that money would fall out of their pockets.

To demonstrate, he dug around in the sand a bit with his hands, and, lo and behold, found a quarter and a dime. (which i later learned was a plant!)

Now, my brother and I (at right, i’m the one closest to the water) were very intrigued by this turn of events, and spent the rest of the weekend excavating that beach for the fortune we knew to be present.

My brother and I laboured away for hours while probably that case of stubbies grew empty and the adults chuckled at the gullibility of the younger humanity. We were determined to become beach-coin millionaires.

And you see, the beauty of this scheme, Machiavellian though it was, it had its root in something that was believable, and a starter-fact was demonstrated. Once that happened, we disconnected our doubt-engines and ran with it.

And this is how many security scams work today. A small amount of believable information is presented to you. Once you stop doubting the first thing, you stop doubting all things, and next thing you know you are in an apple store buying $10K in iTunes gift cards and arguing with the clerk who is adamant that those are not possibly going to be used to pay down your taxes or get your friend out of jail etc. You bought the story, and now you are trenching a beach in search of lost quarters, the doubt is a million miles behind you.

So next time you receive some email that has something believable (your address? bank balance? friends name?) but is a bit suspicious, keep the doubt-engine in gear, and think of me hunting for beach bucks, don’t be that person who falls for the spear-phishing.

PS, back to the pictures. That Cadillac, well, it had a fake fur interior and smelled like wet dog and acrylic. It was near the end of the tail-fin craze (read “How the Cadillac Got its Fins” for some truly great business stories). It had no seat belts in the back seat, and cornered like a waterbed on a red wagon. But that trunk was truly large! I don’t recall if we had the 472 (7.7L) engine or the 500 (8.2L) engine. But i’m sure that whichever it was, coupled w/ that 3-speed automatic it got fantastic gas mileage as it hauled its 5400lbs (unladen weight) around.

2 Comments on “Once upon a time, a story of how a few believable facts can augment a total lie”