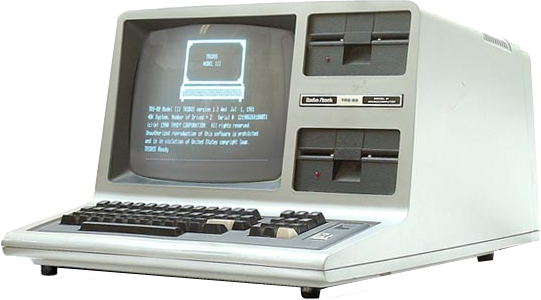 When I was a kid my pride and joy was a TRS-80 Model III. It was used when it came to me, and I didn’t have floppy drives (although the cassette interface was fast).

It spent a lot of its life w/ the top off (tipped sideways) to get at its glorious internals, where it was integrated to various hackeries of my early teen mind, the pièce de résistance being an integration to the Radio Shack Mobile Armatron (below).

Now, one of the key debugging techniques I used to use (other than the common ‘debug print’) was an AM radio. Yes you heard that right. It turns out that you could construct ‘spin’ loops that would make tones on a nearby AM radio, and you could use those to figure out where your code was (this predates debuggers, I had no printer, nothing else with a serial port, etc). This predates me having a modem, but it was the same sort of glorious 8-bit noise. Lots of distortion and static, but glorious. 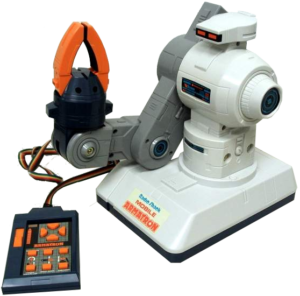 Fast forward in my career a three decades, and the AM radio is no longer commonly used. Or is it?

You see, this technique can still be useful. First, lets talk about Van Eck Phreaking. Its like science fiction, but in fact was what I was using in the very early 80’s. You see, people can ‘sniff’ the inadvertent radio emissions of nearby devices. You can use it to figure out keystrokes, even what is showing on a monitor. Here’s a bit of an example, through 2 walls, someone viewed a monitor.

OK, great, but, what else can it do? Well, have you considered covert exfiltration? What if you have a computer on an isolated network. Maybe its where you store the caramilk secret in your manufacturing process (go on, if you are a child of the 80’s click that link for some sweet nostalgia). But you feel pretty secure since that machine is not on the Internet. But what if i showed you a way that it could send data outside the building, as-is, with no wires, no wifi, using only JavaScript?

Here’s an implementation of an AM radio tone-system, just like back in my TRS-80 days. All in JavaScript. And now you can send info to a listener that is nearby, but difficult to find. From that mission-impossible air-gapped network.