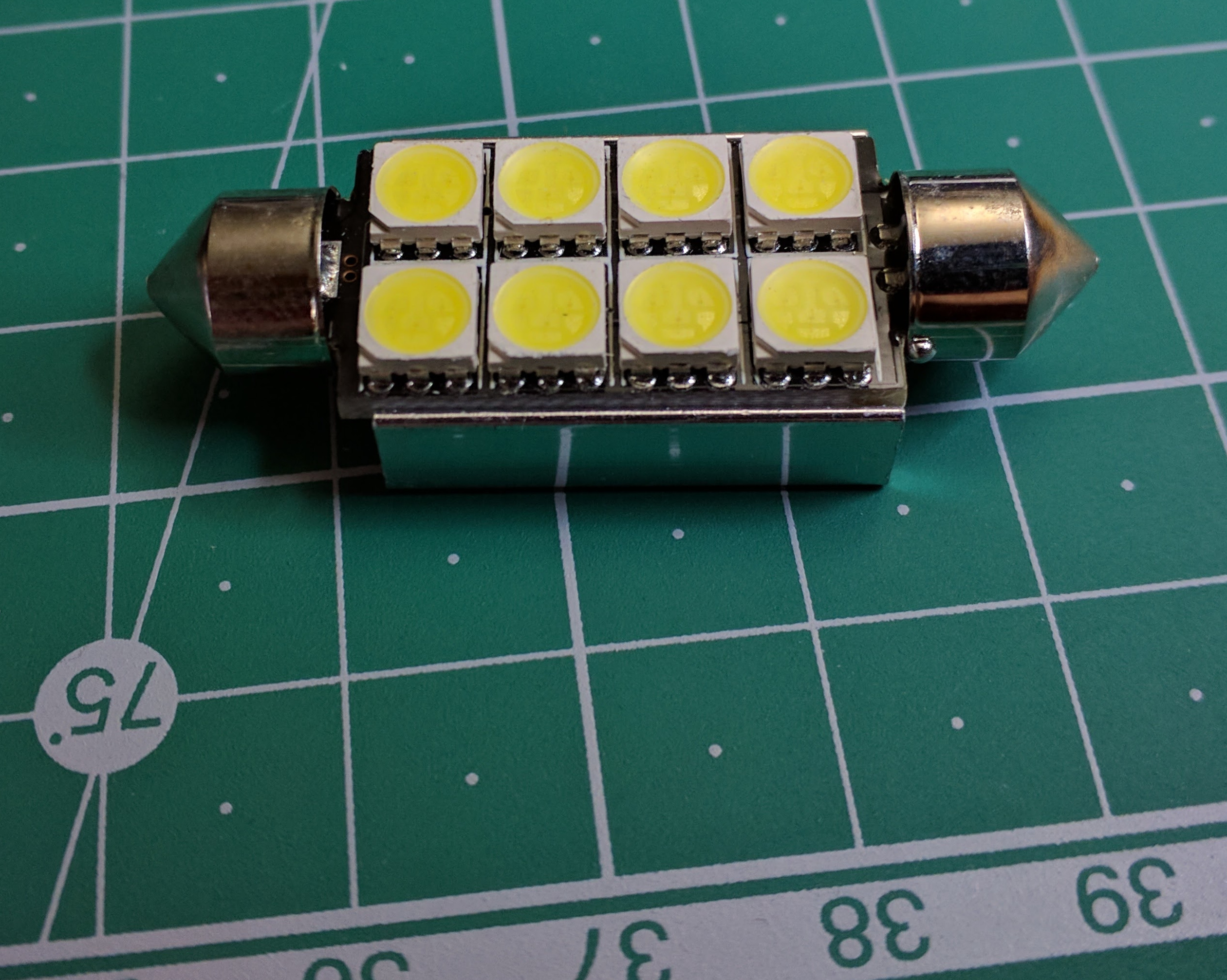 OK, believe it or not there is a lightbulb type called a ‘festoon bulb‘. You’ve all seen them (they are in your car, e.g. in the dome light), a glass tube with some metal at each end. These are typically 12V.

Another common use for them is in household under-cabinet lighting, where they chew up a boatload of power and produce a modest yellow haze. And it is this application that I am talking about today. You see, they burn out. I can’t fathom why, its not like they spend much of their life on. Under my kitchen cabinets (and in one skylight that is a subject for a later day) I have a 120VAC to 12VAC transformer (an LVT151R, below). These particular ones (unlike that skylight) are not dimmed, so is on/off. Great.

Now, of course, I want LED. I could go and get some stick-on LED strip lighting, and just ignore the old festoon-bulb system. Or, I could go and get a 120VAC to 12V DC supply, and replace the current transformer. Or I could get 4 diodes and make a full-wave bridge rectifier. But, its 2017, there must be a better way, right? I mean, consumers are buying LED festoon bulbs for car now and probably are not plugging them in in the right direction, and then getting on social media and bitching out the company for selling broken bulbs, right? So, there must exist LED festoon bulbs that are polarity independent, right? And, if its polarity independent, it should run on AC ok. (Side note, even if polarity-dependent, then I suppose it could run on half the phase with some flicker and dimness).

After some ‘research’ (by which I mean purchasing a few on aliexpress and waiting ~40 days), I stumbled upon the
YINTATECH 20 X Festoon 42MM 1.65″ inch Canbus Error Free 8-smd White LED Light bulb 211-2 578 that worked. Good luck finding much on the web site for the manufacturer (but they are rated a B on fakespot!), but Amazon had them at a good price, and I bought 20. I don’t need the CANBUS, that’s for cars to tell the brain the bulb has burnt out, but, well, it doesn’t hurt. (ps they have a facebook page). And, low and behold, it works in both polarity. So I don’t need to swap out the transformer for e.g. this one.

And, well here it is. And all have been swapped, and, we now have a mostly-white w/ a bit of blue-tint (I’ll call it space-age to make it seem ultra-modern) under-cabinet lighting. With 5% of the power draw. 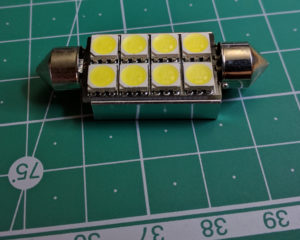