As part of the fairly crappy flight from the previous flight, we had many hours to enjoy the delights of the ankara airport. Namely, a cafeteria-style food place, sort of like what you had in your university residence.

As is my normal MO, when i can’t read anything, i just pick what looks interesting. So I pick this drink because it looked ‘all good’ in the name.  its called Salgam Suyu. My first clue something might be up is when the local said “Whoa, you got that!” and then described it as a ‘spicy pickle juice’. Well, its sort of the flavour of kimchi/rotten sauerkraut (and a cup of salt), w/ the texture of a carrot soup. It also has an odour best described as feet. I linked a youtube video below where someone reviewed it.

well, one sip later, i’m like, it can’t be that bad, maybe the first sip was an abberation. Nope. I managed to ingest 5mL, which is likely near the LD50. 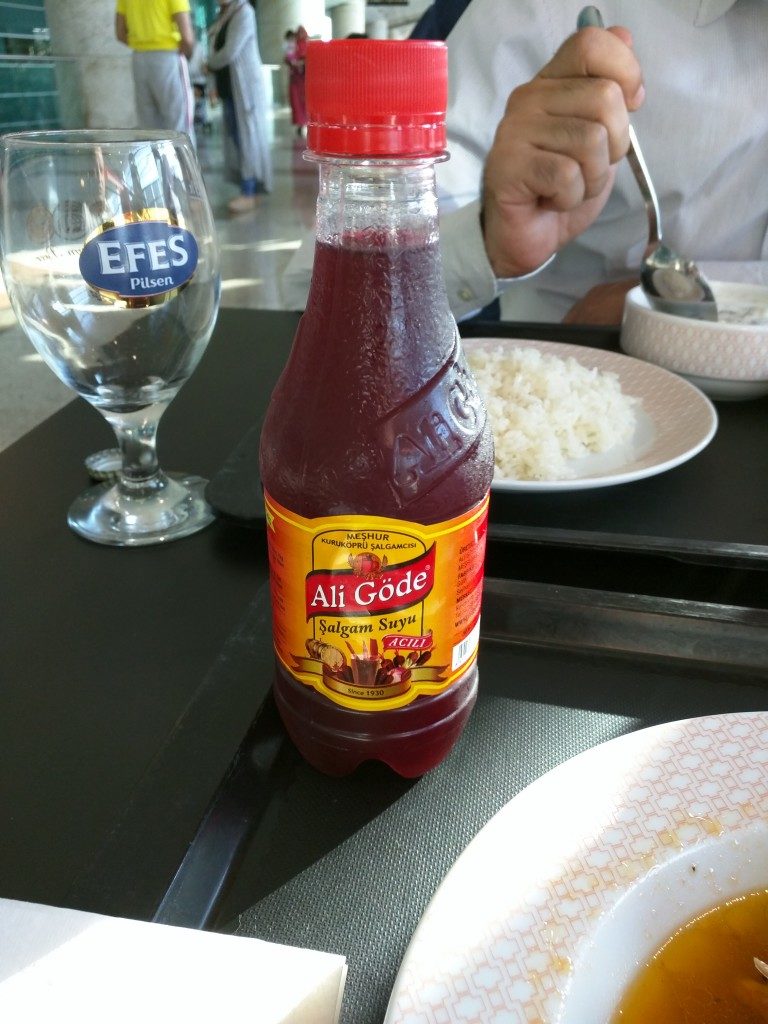